Feature on Authors of MySpace 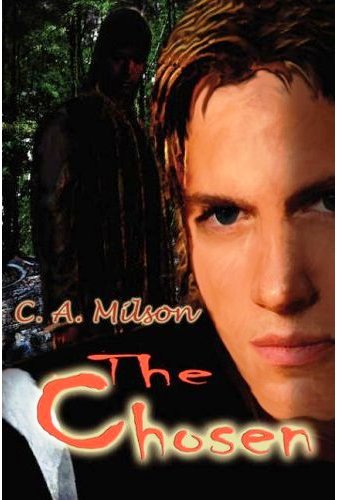 The Chosen is the story of Alex Manning, who is “The One”, well actually Alex Manning is a nice guy, with anxiety attacks who has visions. He dosent know he is “The One” until he gets wrapped up in the investigation of a series of hauntings in a small town. Then he is drawn neck deep into betrayal, battling demons, and falling in love again tossed in for good measure.

Full synopsis: From the time that the Darkness ruled the ages, The Ancient Ones prophesied of a time when the last descendant of The Gods would arise. Now, in the town of Winmont, the Ancient Legion has awoken to finish what was started many millennia ago. Now, the fate of humanity is in the hands of One, but can he overcome the forces that dare to challenge the bloodline of the Gods?

C.A.Milson has written 26 short stories, 2 novels and is a guest writer for SchoolEnglish Magazine.

My writings have been described as: “A must read for Stephen King fans”, and “C.A. has shown he has what it takes to stand among the horror peers.”

BITTEN BY BOOKS: Review by Cassie. 5 Tombstone Rating
The Chosen is a well written, extremely enjoyable horror novel by C.A. Milson. The character development and story flow are well thought out and full of great details. As you read you can easily visualize the events that are taking place. This is one of those books that you can read over and over again and still get something new out of it each time. In fact I have read it twice already and caught some great parts I had forgotten about the first time.

Review by Jacquie ~ Calliope’s Coffee House: Visions, illusions, supernatural visitations, demons, angels… if that is what you want to read about, then this debut novel by C. A. Milson is packed to the page edges with them.

Alex Manning is seeing things, particularly malevolent things; the human race is under threat from demons who will enslave us all. There is something special about Alex and unfortunately the evil entities know it and decide to take steps. “The Chosen” is the story of his search for a way to fight for mankind’s deliverance from evil, and to keep from getting killed in the process.

The book is classed as supernatural/horror and it lives up to its genre. Initially I thought “I’ve been here before”, it was familiar and gave me that feeling of “I know what’s going to happen next”.

In my opinion the plot has elements of “The Second Coming” and “The Book of Revelations”. That and the author’s style put me in mind of some early Graham Masterton and Guy N. Smith novels. There is blood, possession, demons, sex, and of course there is also the one who must put his life and soul on the line. A couple of chapters in though and the familiarity receded. The story took on a life of its own, and carried me right along with it. I was as unsure as Alex whether the visions were visitations or illusions or precognition. I was kept on the edge of my seat wondering what was going to happen next and if anyone was going to come out of this unscathed.

Amberkatze’s Book Review: Seventy percent horror and thirty percent paranormal The Chosen will appeal to Stephen King fans who love a little bit more supernatural. Well written this novel is very dark, deep and even disgusting at times but full of details to keep the storyline on track and worth reading.

If you like your books full of evil, heavy with horror and a powerful plot then this is definitely worth your time. A little to hard for my personal tastes but I still enjoyed the book for what it is.

Posted on January 30, 2009, in Interviews and tagged Authors, Bitten By Books, Facebook, MySpace, Reviews of The Chosen, Supernatural, The Chosen. Bookmark the permalink. 182 Comments.