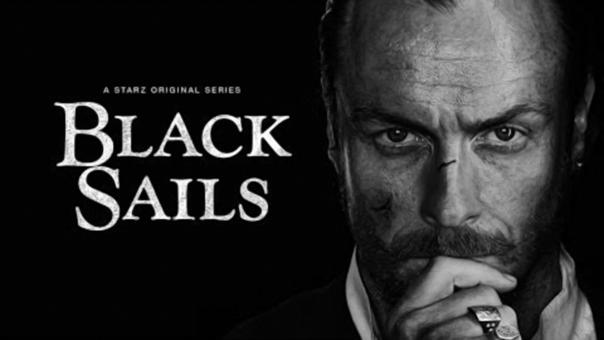 Review: From the title sequence to the end credits start rolling, this is a TV series I recommend! Gripping, entertaining and full of sword play, sex scenes, rum drinking and undressed women 🙂

The storyline is compelling right from the pilot episode to episode 8. I would say that my only gripe about this show is the overuse of sex scenes (I counted 3 in one of the recent episodes), which could make this show borderline porn with a few action scenes thrown in for good measure. But with that said, the performances by the actors (Toby Stephens, Hannah New, Luke Arnold, Jessica Parker Kennedy, Zach McGowen, Clara Paget) has made this show intriguing and powerful enough to see how far the character development will go in Season 2.It is not often a TV show can deliver the goods, and this is one of the few that I will be tuning into when the next season starts in 2015.

Toby Stephens is brilliant as Captain Flint. Conniving, Manipulative, Scheming. Always has an “ace up his sleeve”.
Hannah New is wonderful as the sexy Eleanor Guthrie. Power-hungry, Strong, Manipulative, Defiant and will stop at nothing to get what she wants, even if it means betraying her own blood.
Jessica Parker Kennedy plays the role of Max. A hooker who soon becomes the Madam of the local brothel. Her character goes from one being abused and raped by a gang of pirates to a person who is strong, and self-confident in her own right. I look forward to seeing more of her character unfold in the next season.
Luke Arnold plays the role of John Silver. Cunning enough to survive another episode and very convincing to pull off any lie. One would think he has Sith traits 🙂
Clara Paget makes a great addition to this line up (in the role of Anne Bonny). I found her character is a bit of a mystery. Maybe more of her past will be revealed in the next season.
Zach McGowen plays Captain Charles Vane. Uncompromising, and heroic in a sense, even if for half of the season he is wasted and then leads a band of mercenaries to take over Eleanor’s empire. There is quite a history between Charles and Eleanor, as we are given a taste in certain episodes of their former relationship. Just where will it lead?

It is a shame that good shows like this take extended breaks, and we have to wait until 2015 for Season 2 – My 2nd gripe.