Interview With …. Ben Matthews author of The Pursuit Of Justice

Today folks I am chatting with Ben Matthews. Author of The Pursuit Of Justice. Ben Matthews is a 58 year old life long resident of South Carolina.

Ben, thank for being here today. Tell our readers about you.
I was born in Charleston and have lived most of the other years in the Pee Dee area not far from the Grand Strand which is the setting for The Pursuit of Justice. I am a husband, father of 2 children, stepfather of 3 children and am owned by approximately 3 cats. I have been practicing law for 31 years focusing on bankruptcy and personal injury. My wife suggested that I write a novel. She says I was complaining about the quality of the novels I was reading then. My first book was written in response to a perceived lack of useful books on the subject of blending families. I co-wrote Blended Family Bliss with David Kahn about 10 years ago and published that through a print on demand house. 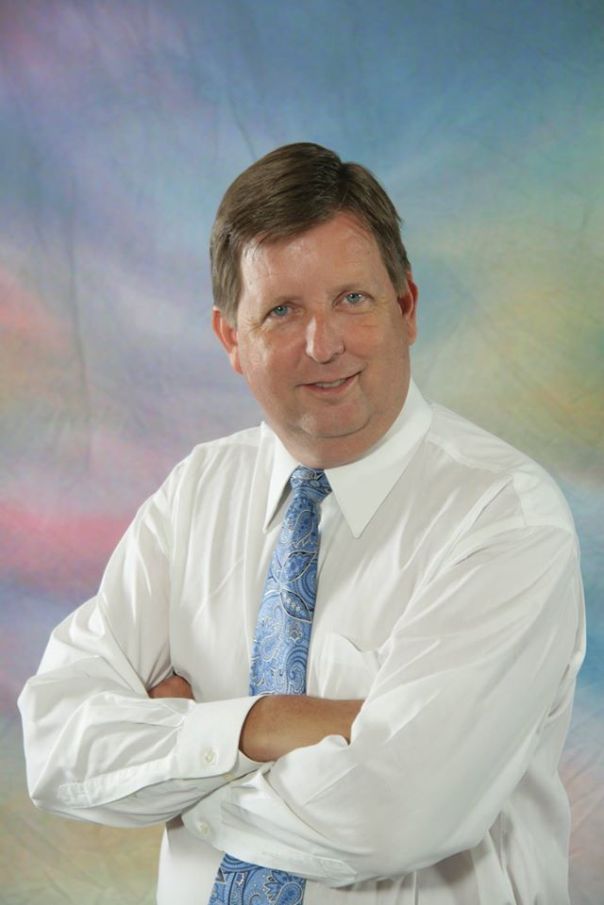 What inspires you to get out of bed each day?
I enjoy spending time with my wife and family. All of the kids are gone (aged 22-29) but they are close. This week we’ve got all of them, a couple of son in laws, a boyfriend, and other family at the beach all week. And I enjoy helping people. As an attorney, people come to me with their problems and I am able to provide solutions for a lot of them.

If you could hang out with one famous person for one day, who would it be and why?
My first thought was Edgar Allen Poe. He’s always been my favorite writer and the Tell Tale Heart my favorite story. I wonder how his mind worked. If I had to choose someone alive, it would be either Chipper Jones or Hank Aaron. I am a huge Braves fan and would love to sit and listen to the stories they have. Wouldn’t a really good baseball book be fun to write?

What’s the story behind your latest book?
Ray Jackson is an attorney who is struggling to find himself. As soon as he finished law school, his sister went missing and his fruitless search for her threw his career off track. He worked with his mother(also a lawyer). When she became ill, Ray neglected the practice to take care of her and the book begins shortly after her death. Ray gets appointed to a murder case as part of agreement to resolve the ethical charges stemming from his neglect of his clients. Ray quickly discovers several holes in the prosecution’s case which has been investigated by the same police officer, now Captain, that failed to find Ray’s sister.

Tell us your writing process.
My writing process is really just constant rewriting. I have a general story in mind and I begin. I go as far as I can and then go back and fix what’s not working any more in the story line. And then repeat. I’ve found that it takes numerous rewrites to get things close. I usually write for an hour or so in the morning (I get up early) and then have an hour commute to think about it and record notes in my phone that I apply the next day. It is the thinking time that really helps me get the story right.

What has and has not worked for you that you can share with aspiring & upcoming authors?
I don’t take criticism well so I had a hard time working with family and friends on early versions. I discovered that the problem wasn’t with my story but rather with my skills. I needed to learn how to write a novel. I did what I usually do when face with questions, I did what I have always done: I bought a book about writing. I got 4 or 5 books and a workbook or two. Donald Maass’ Writing the Breakout Novel Workbook was very helpful. After that I started working with The Editorial Department. I found them to offer affordable services that took my skills a new level.

When did you realize you wanted to be a writer?
I’m not at all sure that I want to be a full time writer. I enjoy writing. I like the response we’re getting to The Pursuit of Justice. But I would miss my legal practice. When I write, I shut everything out. Right now (which is part of writing) the house is waking, plans are being made for the day and I’m going to stop and join them. During a regular week, I see clients everyday, talk to colleagues, go to court. And I’ve gotten some great anecdotes from colleagues and listening in court that become part of my writing.

Tell us about your main character:
Ray Jackson is a thirtyish attorney who is somewhat lost. He’s gotten his first murder case and is fighting to save his practice. He’s not a super hero. Ray doesn’t do anything that you or I couldn’t do. He’s regular guy facing issues similar to the ones we all face. He’s got bills to pay, girl friends and ex girlfriends, and he has to deal with co-workers.

The justice he pursues is in the form of fairness and it’s not just in the courtroom. Life really hasn’t been very fair to Ray in some respects and he begins to come to terms with that.

What are you working on next?
I’ve started another legal mystery that I want to explore how we view life and death. South Carolina still has the death penalty but is staunchly anti abortion. Those seem to be contradictory to me.

Do you have any special/extraordinary talents?
I am extraordinarily average.

What do you like to do with your free time?
Read, write, See friends and family. Cook on the grill. Go to the beach. I don’t have a boat right now and really need one. Watch the Braves.

Tell us about your plans for upcoming books.
It took 6 years to write The Pursuit of Justice. I’ll publish the next when it’s ready, whenever that is.

Where can people find you on the web?
www.thepursuitofjustice.com
@benrusmat
Facebook

Any final thoughts?
I have always been told (and you have too) to write about what you know. But really what we write about is people. We’ve also all heard that there are no new stories and I believe that’s true. But what I find interesting is how people (characters) respond to situations in these same old stories.

You wouldn’t read very far in my book, if you didn’t care about Ray Jackson and his predicament. What James Hornfischer and Erik Larson do so well in their nonfiction is show you the people. You see who they were and what they did. And I wonder, which is the point, what would I have done.

Book Tour ~ TIME IS RELATIVE FOR A KNIGHT OF TIME

About The Book
Title: Time Is Relative For A Knight Of Time
Author: Brett Matthew Williams

BLURB:
Meet Rolland Wright – a seventeen year old orphan living out of his car in rural Woodland Hills, California. Aside from grappling with the fact of being abandoned by his drunken father two years previous following his mothers mysterious murder, his life mostly revolves around finding a warm place to sleep at night. When one day he is attacked by men claiming to have killed his father, Rolland discovers a strange ability to slow the flow of time around him, beginning a journey that takes him to places outside of time, space, and eventually to the early 19th century to fight the sinister General Andrew Jackson. With the help of a rag-tag group of historical and mythical figures with various supernatural abilities of their own (Joan of Arc, Jesse James, etc) known as the Knights of Time, Rolland solves the mystery behind his mother’s murder, falls in love, battles the evil Edward Vilthe – reaper of souls, and finds a home of his own in the paradise known as Eden.

The Time is Relative series chronicles the origin story of the mythical figure Father Time, beginning with the award winning first novel, Time is Relative for a Knight of Time. All dates and events are historically accurate. The participants… maybe not.

Brett Matthew grew up with a passion for both film and history. He began his career fresh out of high school as a Production Assistant/ football player on NBC Universal’s television series Friday Night Lights (of which he can often be seen in the first two seasons as a member of the championship team – Go Panthers!). He quickly moved on to serve as an Original Series intern with the USA Network in Studio City, California. Following work on shows like Monk, Psych, and Burn Notice, Brett returned home to Texas to continue his education, graduating with his degree in History from Texas State University. A proud Master Freemason, Brett thoroughly enjoys fantasy fiction, watching Netflix, running, baseball, Shakespeare, and spending time with his family and critters.

Fire quickly engulfed the limestone building that locals had come to call the White House, forcing the frantic women out the large front doors and into the wide-open marshland beyond the carefully manicured grounds. The night air hit Dolley’s skin with a damp unevenness that made every hair on the back of her neck stand on end. Looking over to Hannah, she saw her own terrified expression mirrored on the young girl’s face, watching as the girl gazed out into the darkness of the tree line. There, in the light of the blazing White House, stood a man so still the trees themselves surpassed him for movement.

The dark ﬁgure walked towards them, seemingly impervious to the chaos that surrounded the nation’s capital, the shadows and light from the inferno behind them dancing across him. As he neared, they saw that he was an older man with bits of silver streaking through the black mass of hair sitting atop his slim and polished frame. He was dressed in a dark crimson sweater vest over a pressed long-sleeved button down shirt, and what looked to be crisp and freshly tailored pantaloons.

“Good evening, Lady Madison,” said the man, pausing for a moment to bow to her before continuing in their direction. His face was expressionless, eyes mimicking the darkness of the night around him. The man was not especially scary looking, especially in his elegant dressings. Still, there was an aura to him that spoke to the survival instincts within the two women, evoking impressions of jackals – sharp teeth, claws, and minds.