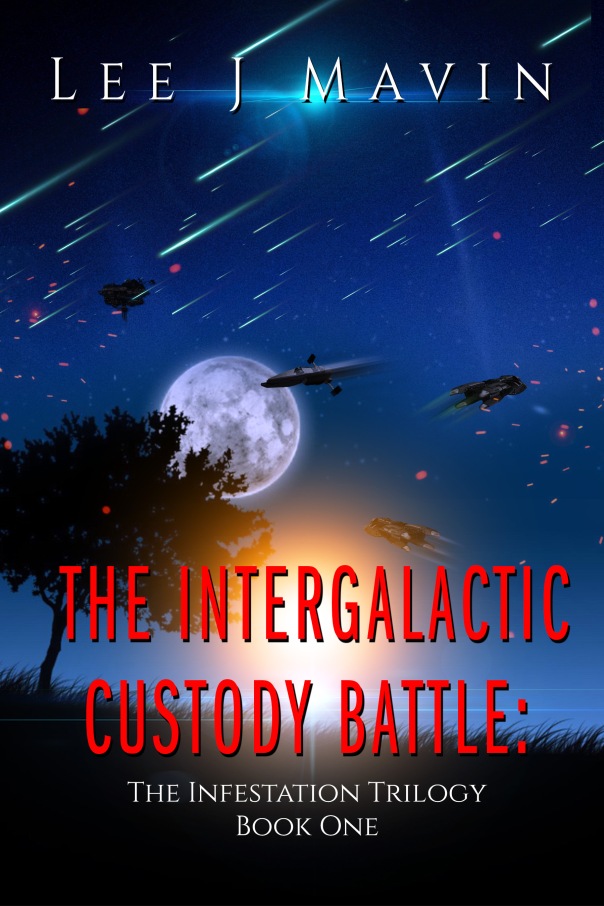 Ziggy has been taken from away from Earth, stolen away so it seems to complete his training on another planet. Little does he know that his Alien father has grand plans for him, plans for him to take the royal throne and lead the Empire! Ziggy’s mother (a mere human) wants him back so she is going to fight for her Son’s custody, even if his father is the Emperor of an Alien race! An Alien race that has plans to expand its Intergalactic Empire. Ziggy’s best friend Hiroki, the tiny super genius, plans on finding Ziggy too, even if he does miss his year twelve math exams.

The Intergalactic Custody Battle is the first of a Trilogy that crosses the universe. Get ready for a wild ride across the galaxy!

Lee J Mavin is the Author of The Students Sold Us Secrets Series and other works of fiction and poetry. He is currently teaching and studying a Ph.D. in Arts at the University of Sydney. He enjoys obsessing over NBA statistics, pondering the meaning of ancient poetry and avoiding any kind of physical activity. He lives in South-West Sydney with his wife Grace, daughter Charlotte and son Declan.

He has deceived his employees skillfully by appearing to lesson plan when in actual fact he has been writing novels. This is brings him temporary relief from the stresses of modern life, but doesn’t stop him from going bald.