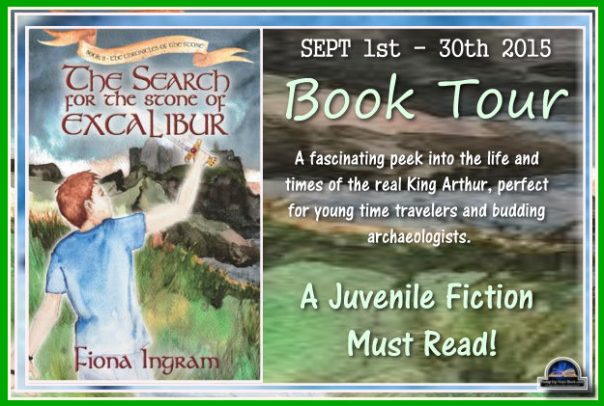 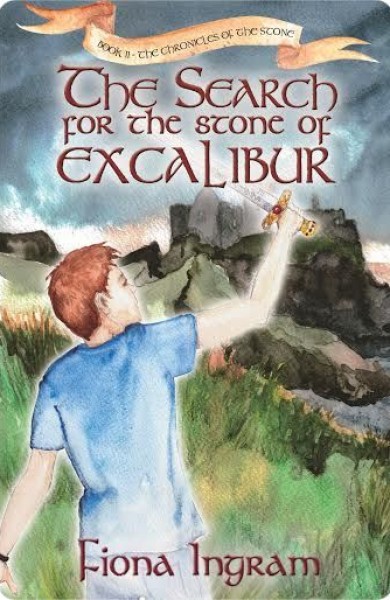 Continuing the adventure that began in Egypt a few months prior in The Secret of the Sacred Scarab, cousins Adam and Justin Sinclair are hot on the trail of the second Stone of Power, one of seven ancient stones lost centuries ago. This stone might be embedded in the hilt of a newly discovered sword that archaeologists believe belonged to King Arthur: Excalibur. However, their long-standing enemy, Dr. Khalid, is following them as they travel to Scotland to investigate an old castle. Little do they know there is another deadly force, the Eaters of Poison, who have their own mission to complete. Time is running out as the confluence of the planets draws closer. Can Justin and Adam find the second Stone of Power and survive? And why did Aunt Isabel send a girl with them?

Join Justin and Adam as they search not only for the second Stone of Power, but also for the Scroll of the Ancients, a mysterious document that holds important clues to the Seven Stones of Power. As their adventure unfolds, they learn many things and face dangers that make even their perils in Egypt look tame. And how annoying for them that their tag-along companion, Kim, seems to have such good ideas when they are stumped. Book extras include some historical background on King Arthur, the Dark Ages, warfare and weaponry during Arthur’s time, and details on Excalibur. A fascinating peek into the life and times of the real King Arthur, perfect for young time travelers and budding archaeologists.

The Search for the Stone of Excalibur is available at Amazon.
Pick up your copy at Barnes & Noble.
Find out the latest on the book at Facebook.

Fiona Ingram was born and educated in South Africa, and has worked as a full-time journalist and editor. Her interest in ancient history, mystery, and legends, and her enjoyment of travel has resulted in the multi award winning The Secret of the Sacred Scarab, the first in her exciting children’s adventure series—Chronicles of the Stone. Fiona has just published the second book entitled The Search for the Stone of Excalibur, a treat for young King Arthur fans. She is busy with Book 3 entitled The Temple of the Crystal Timekeeper.

Adam shivered in the chilly air. It was hard to tell if it was early morning or late evening because the moon was still visible, a pale disc hanging in a dark gray sky. Ragged shreds of clouds scudded across the moon’s face, casting strange shadows on the ground in front of him. Mist floated around his ankles and swirled in soft eddies when he moved his feet. In front of him lay an open field, grayish green in the dim light. Farther away, he saw the mound of a huge hill. Adam got the feeling he had fallen through a hole in time—back to the Dark Ages, back to Arthur’s era.
He heard a faint howling noise in the distance. Wolves? Adam froze with fear. He desperately tried to remember whether there had still been wolves in England during the Dark Ages. There must have been because there was no other sound quite like the howl of a wolf. The hairs on his arms rose as he heard the howl again. Although he pinched himself to wake up, it was no good; he remained in the dream. At the sound of distant hoof beats, he shrank back against a large tree trunk. There was no time to run away because suddenly the drumming hooves were all around him. Then came the faint melancholy wail of a battle horn and the tinny sound of chinking metal. He could hear the crisp snap-snap of fluttering pennants and when he turned, he glimpsed banners waving among the trees. The surge of spectral riders halted and one man, seated on a white horse, appeared at the head of the cavalcade.
The eerie figure came closer, the horse lifting its feet carefully, clip-clopping right up to the trembling boy. The horse was huge, its trappings gleaming with pinpoints of metal rosettes, its long tail and mane hanging like ghostly cobwebs in the pale moonlight. The beast snorted and stamped restlessly. Adam saw the burnished glint of a helmet with a dragon-shaped crest topped by a red plume. Although the cheek pieces of the helmet obscured the man’s features, the shadowy figure was looking right at him. A red cloak swirled around the warrior’s body and, as the fabric swung aside, Adam saw the gleam of chain mail and the dark shape of a breastplate on the man’s chest. The warrior’s armor seemed more Roman than he expected. A banner flapped from the spear of a man behind the warrior: a red dragon on a white background. The warrior raised one arm, and a roar erupted as the sounds of cheering burst from what seemed to be thousands of throats. Although Adam heard strange words in another language, somehow he understood what the voices said.
“Hail the Pendragon!”
Adam was so close that he could have reached out and touched the rider. The spectral figure drew his sword from its scabbard and held it aloft. It seemed to Adam that he saw every detail with strangely magnified clarity. It was the same sword from the museum, but it looked so different now. The metal gleamed with a peculiar bluish sheen. Curious characters embossed the length of the blade. At the top, just under the crossguard, was a small circle with a seven-pointed star inside it. Sparkling gems decorated the hilt and pommel, with two dragons’ heads facing inward on the crossguard. The stone between the dragons’ open mouths glowed brilliant red. Suddenly, a fiery, almost blinding light shot from the stone, dazzling him. The white horse reared on its hindquarters. The radiant beam lit up the forest as the warrior whirled the blade around his head several times. Adam fell to his knees, shaking with a mixture of terror and excitement as he realized the second Stone of Power was embedded in the sword of Arthur. But the stone in the museum sword was nothing like this one.

Fiona, thanks for being my guest today. Tell us what inspires you to get out of bed each day?
There’s so much work to do, so much to write, so much to research … I even have problems sleeping in on a Sunday morning!

If you could hang out with one famous person for one day, who would it be and why?
I think British actor, author and all-round Very Interesting Person, Stephen Fry. He has a wonderful sense of humour and turn of phrase, and is just such a fascinating personality. (I hope he reads this!)

What’s the story behind your latest book?
The Search for the Stone of Excalibur is the second book in my Middle Grade adventure series, The Chronicles of the Stone. Continuing the adventure that began in Egypt a few months prior in The Secret of the Sacred Scarab, cousins Adam and Justin Sinclair are hot on the trail of the second Stone of Power, one of seven ancient stones lost centuries ago. This stone might be embedded in the hilt of a newly discovered sword that archaeologists believe belonged to King Arthur: Excalibur. However, their long-standing enemy, Dr. Khalid, is following them as they travel to Scotland to investigate an old castle. Little do they know there is another deadly force, the Eaters of Poison, who have their own mission to complete. Time is running out as the confluence of the planets draws closer. Can Justin and Adam find the second Stone of Power and survive? And why did their Aunt Isabel send a girl with them?

Tell us your writing process
For my middle grade adventure series it is rather a fixed process because while I was writing Book 1, I was already envisioning the following books in the series. So, since each location is already set, I plan the chain of events (lots of danger, mystery and intrigue!), research endlessly to make sure my historical, archaeological and geographical facts are correct, and start writing. I also write animal rescue which is much simpler, being basically the story of the rescued animal and how people can do more for animal rescue. I write Regency romances under a pseudonym (Arabella Sheraton) and these are really fun romantic romps, which are more spontaneous rather than planned.

When did you realize you wanted to be a writer?
I have always written, from the time during childhood when I wrote plays for my four brothers and me to act out for my ever patient and long suffering parents, to making up ghost stories to entertain my brothers and their friends, to writing comical poetry about family members or amusing events. I guess actually sitting down one day and writing a children’s book was inevitable.

Tell us about your main character:
My main characters have, by Book 2 in the series, become a trio. Adam is the reluctant hero, charged with being connected to all the ancient Stones of Power that drive the series; his cousin Justin is the brawn of the bunch; and Kim, a girl around the same age as the cousins, is the one with the most common sense and keeps the boys grounded. Between them they bring different perspectives to the quest which is fraught with lots of danger and excitement.

What are you working on next?
Book 3: The Temple of the Crystal Timekeeper is at the editor. This is the third stage of the quest and takes the trio to Mexico where they crash land into the Mexican jungle on page one and are rescued by an uncontacted tribe. Very exciting!!

Do you have any special/extraordinary talents?
I can’t sing a note, and I struggle to learn dance steps, but I am an extremely good cook, and my desserts are delicious. My specialty is amazing home made ice cream made without using an ice cream maker (it can be done!).

Who are your favorite authors?
It’s hard to say. I read everything from the classics to thrillers and detective stories, to no holds barred adventure.

What do you like to do with your free time?
Free time? What’s that? When I do have time to spare, I love movies, reading, listening to music, being at home, and thinking about my next book/s or the characters…

Tell us about your plans for upcoming books.
I’m working on Book 4: The Cabal of the Ouroboros set in the catacombs of Paris, as well as developing the plot of my next Regency romance novel with a difference – a time travel, murder mystery this time. I am dying to write a murder mystery and this might just be the perfect opportunity.

Any final thoughts?
Reading is the most wonderful experience for anyone, regardless of their age. If you are a parent, the best gift you can give your child is the gift of literacy. So make sure you follow your child’s reading interests and encourage them to read, read and read some more.