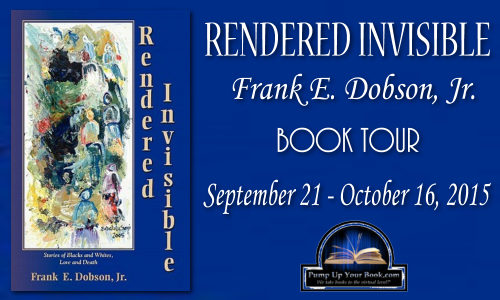 “Thirteen dead black men, and nobody knows it happened,” so says Johnny Smith, who sets out on a quest to make things right in the powerful novella that begins this collection – a masterpiece of collaged voices. Voice is urgent and significant–Dobson focuses throughout on the invisible and the unvoiced-he brings them to center stage, where they speak their pain and frustration. “Maybe we can revise history,” one of his characters says; Dobson’s book does just that.
Mary Grimm, novelist, professor, Case Western University

In entrancing prose that claims a place with writers as powerful as Ralph Ellison, James Baldwin, and John Edgar Wideman, Frank Dobson offers his own bold, subtle explorations of race and life in America. I sat down to skim a bit of his new book of stories, and ended up reading its central novella straight through. This narrative of the .22-Caliber killings in Buffalo – little known to most Americans-and the lives of blacks and whites caught up in those tense days makes for suspenseful, compelling reading.
Jeff Gundy, poet, professor, Bluffton University

Rendered Invisible is available for order at  Amazon 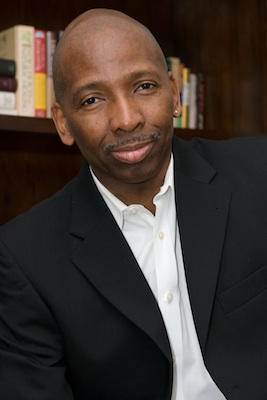 Rendered Invisible, my latest book, is a work of historical fiction, which is forthcoming (summer, 2010), by Plain View Press.    This work, set in my hometown of Buffalo, NY and other locales, examines racial and social relationships, including a little-known but racially-motivated killing spree.

As a writer, my work centers on issues of spirituality, race, gender and class.  I have published a novel, The Race Is Not Given(SterlingHouse, 1999) and several pieces of short fiction, all of which confront masculinity from the perspective of black workin g-class males, families and communities.  “Black Messiahs Die” (The Vanderbilt Review, 2005) is a work of historical fiction which uses th e shooting of a black male by the police in Cincinnati (and other cities) as the backdrop for an examination of the wrongful death of a young black male athlete. “Homeless M.F.” (W arpland, 1995) examines class and gender through the mindset of a young, black, ex-con.

My scholarly examinations of race, gender and class include a biographical essay, “Reflections of a Black Working Class Academic” which was published in Public Voices (Vol. V, No. 3) and other works.  I have had numerous other scholarly works in print and/or presented at professional conferences.  These include the following: the introduction to the Barnes & Noble edition of  Folks from Dixie, by the famed poet, Paul Laurence Dunbar, and a recent article, “Beyond Black Men as Breeders:  White Men and the Commodity of Blackness,” which appears in the Vanderbilt University journal, Ameriquests (Vol 6, no 1).   Additionally, I have studied and written on various write rs including James Baldwin, A l Young, John McCluskey, John Edgar Wideman, a nd Carlene Hatcher Polite.

Educationally, I received my B.A. at the University of Buffalo (SUNY), the M.A. in English from UNLV and the Ph.D. from Bowling Green State University (Ohio).  I received a Ford Foundation fellowship to study at Penn in 1992.  And in 1996, I received the Hurston-Head Fiction Writer’s Award from Chicago State University, and in 1999, I received a CultureWorks Creative Writing Award.  I am a native of Buffalo, NY and have lived across the USA.   I am married to Dioncia, and we have three grown children.