At the height of President Jennifer Bradley’s inaugural parade, a bomb detonates, followed by shots from a sniper’s rifle. She survives despite the numerous casualties including the Chief White House photographer. The authorities apprehend the only surviving suspect, but before they can interrogate him, he dies mysteriously while recovering in the hospital.

In an effort to hunt down those responsible and prevent future assassination attempts, Special Agent Wade Masterson of the Secret Service recruits photojournalist Xandra Carrick for a dual-role position as the President’s Photographer and clandestine assistant operative.

Xandra’s uncanny gift of second-sight through the lens of a camera thrusts her straight into the center of a deadly terrorist plot that runs far deeper than anyone in the intelligence community ever imagined.

But she may already be too late.

In a tale of vengeance, honor and sacrifice, Xandra must draw upon all she has to stop an insidious plot which threatens to bring the country to its knees with a biological weapon that will decimate the nation’s population. 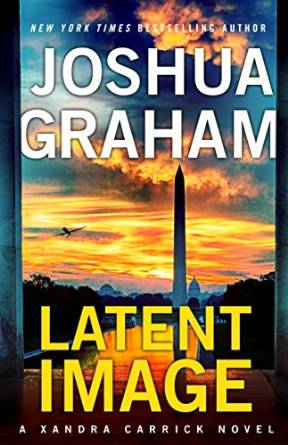 IN THE CROSSHAIRS OF THE SNIPER’S SCOPE the target shifted in and out of view. The motorcade drifted down Pennsylvania Avenue, Secret Service agents flanking its side, while Vice President Phillip Marsden and his wife Gwen waved to the cheering crowd on either side of the street behind the cold 16-gauge steel tubing of the barricades.

Neither of them was the target.

The sniper swung his scope back to the west, where the glare of the sun blinded him momentarily. He grunted, blinked and reestablished his view. The cold January wind bit at his bare fingers as he felt the trigger and anticipated the diversionary strike his partner would unleash half a block away.

Tuning out the trumpet strains of marching bands, the steady drum beats, and the crowd’s applause, he initiated a silent countdown just as Jennifer Bradley, the nation’s newly re-elected president strode past the designated spot. 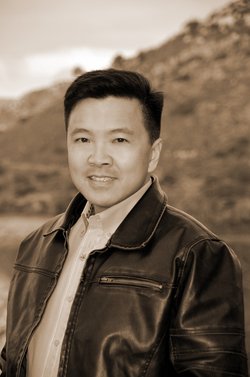 CBS NEWS described DARKROOM as a book with “action, political intrigue and well-rounded characters…a novel that thriller fans will devour.”

PUBLISHERS WEEKLY described BEYOND JUSTICE as: “A riveting legal thriller…breaking new ground with a vengeance…demonically entertaining and surprisingly inspiring.”

Suspense Magazine listed BEYOND JUSTICE in its BEST OF 2010, alongside titles by Scott Turrow, Ted Dekker, Steven James and Brad Thor.

Many of Graham’s readers blame him for sleepless nights, arriving to work late, neglected dishes and family members, and not allowing them to put the book down.

Josh grew up in Brooklyn, NY where he lived for the better part of 30 years. He holds a Bachelor and Master’s Degree and went on to earn his doctorate from Johns Hopkins University. During his time in Maryland, he taught as a professor at Shepherd College (WV), Western Maryland College, and Columbia Union College (MD).

Today he lives with his beautiful wife and children on the West Coast.

Sign up for exclusive updates, interviews, and to be entered for giveaways by subscribing to Josh’s newsletter: www.joshua-graham.com/GIA

Joshua, thanks for being my guest today. Tell us about you
First, thanks for having me on your blog and hello to everyone out there! Something about me? I think the most curious thing about me is that I’ve worn so many different hats throughout my life. Being an author is just the latest. Aside from being a husband, a father, a follower of Jesus, and a man blessed with the greatest friends on the planet, I have worked as a professional musician, college professor, IT professional, Director of Operations in a call center, and a business owner. I received my Bachelor and Masters Degree from the Juilliard School (I’m a cellist), and my Doctorate from Johns Hopkins University.

Recently, I got into fitness with my son and because he joined his school’s cross country team, I wanted to support him and train with him. I have always hated running (I’m more into weight lifting), but he’s pushed me to run with him and to date, I’ve done a couple of 5K races with him. I never see him until the finish line and he’s been waiting at least 10 minutes for me to arrive, but I consider it a huge accomplishment for me to simply make it to the end without falling flat on my face!

What inspires you to get out of bed each day?
These days, it’s not so much inspiration as it is commitment. Each day, I get out of bed so I can get the kids ready for school and drive them there. After that it’s the gym, writing, taking care of administrative tasks for home or business, and then back to picking up the kids, taking them to sports or debate practice, etc. In short, I am committed to serving my family.

In a more broad scope, I believe that fulfilling my God-given purpose every day is what keeps me going. There are seasons in life where that is more exciting and rewarding than others, but like running a 5K, you have to keep going no matter if it’s uphill or downhill, no matter if you can sprint it, or walk it. You never quit. And in the end, completion is its own reward.

If you could hang out with one famous person for one day, who would it be and why?
Since you didn’t mention whether this person needed to be alive or not, I would say C.S. Lewis. Not only was he an amazing story teller, but the depth of his mind could only be matched by his uncanny gift for expressing the most profound ideas with the simplest words.

What’s the story behind your latest book?
What triggered the idea for the opening scene of LATENT IMAGE was watching the inaugural parade for President Barack Obama (his 2nd term). As a thriller writer, my imagination kicked in immediately. POTUS smiling and waving, Secret Service surrounding him, scanning the permiter…what a shock to the world it would be if something happened right there. That inspired the opening pages of my book.

Tell us your writing process
That’s almost like telling you about my entire digestive process—I think. Seriously, though. I used to struggle between writing organically, and by a strict outline. I have found that I can do both effectively. I start out with a macro-level outline, then fill in details. This is my initial blueprint, though I know very well that I can and will make changes as the story and character development dictates. However, it’s much better to make the changes when you have an outline because you can then go back and fill in the new details (a setup for a new payoff, for example) and not have to search your entire manuscript for where it needs to happen.

Look, if you’re building a house, you’ll want to make major changes at the blueprint level. And even if you’ve already started building, the blueprint will help you see what you can or can’t do, without scrapping the entire thing and starting from scratch.

When did you realize you wanted to be a writer?
I’ve enjoyed writing since I could do it. Loved creating stories, telling them, making people laugh, or hold their breath, or cry. But it was after the publication of my first works of fiction, when the editor invited me to his professional writers workshop that I decided, I would love to make this my full-time career, God willing.

Well, I was so blessed, and now I am a full-time writer.

Tell us about your main character:
Xandra Carrick is an award-winning photojournalist on the cusp of her third decade of life. She’s strong-willed, but really wants to do what’s right. A few books ago, she discovered that she has the extraordinary gift of second sight (precognition). In other words, she can see things about the past, present, or future through photographs she develops in the darkroom. Though she still finds keys to mysteries in the darkroom, her abilities have transcended that. She can now see visions—answers to dark secrets—without the need of her camera.

But some secrets were meant to be kept.

This of course puts her in moral and ethical dilemmas. She ends up uncovering conspiracies which put her in the crosshairs of dangerous people.

Will she step up and use her abilities? Did I mention that she’s strong-willed?

What are you working on next?
I am currently wrapping up the finale of The Führer’s Daughter with my esteemed co-author Jack Patterson. After that, more Xandra Carrick, and possibly other projects.

Do you have any special/extraordinary talents?
I have the superpower of eliciting groans from humans and pets of all ages, shapes and sizes with my puns. You could call me a PUNdit of humor. Or not.

Other than that, not really. I play the cello, and I can bench press about 360 lbs. Just not at the same time. For now.

What do you like to do with your free time?
That’s very funny. Free time?

I sometimes watch movies, hang out with friends playing cards and eating too much dessert, go places with my family just to be together. I guess working out and running could be considered to be done on my free time, but it’s really not. It’s scheduled and an obligation for me.

Tell us about your plans for upcoming books.
I’m hoping they will all hit big bestseller lists, but that’s up to the readers out there to decide. For more information about my upcoming releases, and to receive a free ebook, and the opportunity to be entered in my monthly giveaways, please subscribe to my free newsletter here: www.joshua-graham.com/GIA

Any final thoughts?
If you have a favorite book/author, please support their efforts by recommending them to your family and friends, and leaving reviews on Amazon, Barnes & Noble, Goodreads, etc. 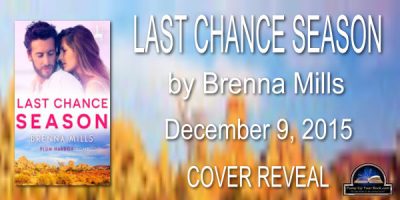 He was an outsider, taking refuge from the past. She was an adored Cape Cod local. Their summer together changed both their lives, and when they find each other again, nothing will ever be the same…

As a headstrong teenager, Zach Stanley thought spending his summer at his aunt’s Plum Harbor inn was just an escape from his troubled life back in Arizona. Little did he know he’d end up meeting the love of his life, breaking both their hearts, and never forgetting her…

Confident spitfire Ashleigh Jones has long since moved on with her life, but remembers that summer as if it was yesterday—the joy, the passion, the promises they made. In the end, she had no choice but to forget about her beach-season boyfriend, Zach…until, nearly a decade later, she finds herself on an Arizona horse ranch that he just happens to own. Their reunion is more than a fateful coincidence—it’s a bitter reminder of all Ash lost. Can Zach explain his past demons and earn her forgiveness? Or is it too late for Ash to recapture those long-ago Cape Cod days…and risk her heart on Zach once more?

Brenna Mills lives with her college¬ sweetheart and their two dogs in a small mountain town in the Adirondacks. She spends her days petting horses’ faces, farming, hiking, camping, and traveling all around the country and the world. Brenna and her husband are slowly closing in on their goal to visit all of the fifty-nine US National Parks. She holds a MA in Higher Education from the University of Arizona and a BS in Television, Radio and Film from Syracuse University. She has worked as a college admissions counselor in Tucson, Arizona, and has run a Community Supported Agriculture program at an organic farm in Cape Cod. She loves baking pies, gardening, keeping chickens, and rooting on Cape League baseball. She is especially fond of a good closer. Visit her online at brennamillsbooks.weebly.com, or follow her on Twitter @BrennaBooks.