Book Tour – EVERYTHING TO LOSE

Private investigator Lucas Holt is on a mission…

Lucas Holt specializes in kidnap recovery. Ex-Delta Force and a former NYPD detective, he has spent the last fifteen years burying himself in case files to cope with the unsolved abduction of his daughter, Marnie.

After the death of Janet’s husband and son in a tragic car accident, she hopes Holt’s expertise can locate the daughter she gave up for adoption seventeen years ago. Janet knows her actions will have explosive repercussions for the girl’s father—presidential candidate, Todd Grayson. With no family, hope of finding her only daughter is all she has left. Or is there a more sinister motive?

On a mission to bury the constant reminder of his failure to recover Marnie, Holt agrees to Janet’s proposal. But at what cost? When his inquiries lead to news of the death of another woman, Holt can’t shake the feeling something is off about the whole case. And when new evidence surfaces about Marnie’s disappearance, his drive to recover Janet’s daughter and his own become one and the same.

Crooked candidates, hired mercenaries, bitter lovers, and his own life on the line—will Holt find it inside him to risk it all in the line of duty? There’s no telling how far you’re willing to go when you have everything to lose. 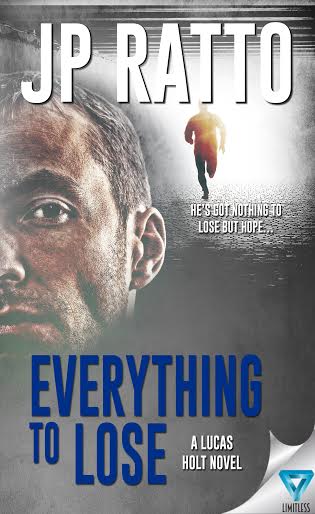 The woman in the sunburst yellow dress settled behind a small boy who stood between his parents in the front row. In her carefully chosen spot, she would have no problem seeing the senator. More important, he would be able to see her.

Following the presidential candidate’s schedule occupied most of her time. She knew him, and his routines. He was a clever politician, a clever man. At one time, she admired that about him. In spite of his womanizing history, she’d held him in high esteem. She hadn’t cared about the rumors of his less-than-ethical political acumen. He was bright and confident. Like her, he knew what he wanted and achieved it. The one thing he lacked was loyalty. That was his one unforgivable flaw.

A momentary stab of rejection cut through her as crushing memories of betrayal clamored to the forefront of her mind. Another staunch memory held them at bay, protecting her as always from thoughts that could leave her filled with rage or shattered from distress. I did what I had to. He gave me no choice.

JP Ratto is a husband and wife collaborative writing team. EVERYTHING TO LOSE is the first of a three-book series featuring private investigator Lucas Holt.

Judy began writing full time six years ago. She attended Hofstra University’s Writing Intensive in the summer of 2010, and participated in a Hofstra-sponsored writing and critique group from 2009 to 2012. She has written an upper middle-grade fantasy adventure and a children’s mystery chapter book. Judy also does free-lance editing.

Pete Ratto, a former member of the U.S. Navy serving half his enlistment with the U.S. Marine Corp, is a retired corporate accountant and is now writing full time.
Both are avid readers of mysteries, thrillers and suspense. Active in a critique group made up of local authors, they enjoy discussions on all aspects of the craft of writing. Pete enjoys photography, writing and going to the beach. In her spare time, Judy paints watercolors and to her husband’s delight, cooks an occasional dinner. They have a son and a daughter, both grown and living in New York. Pete and Judy live in southern Florida with their cat, Gillian.