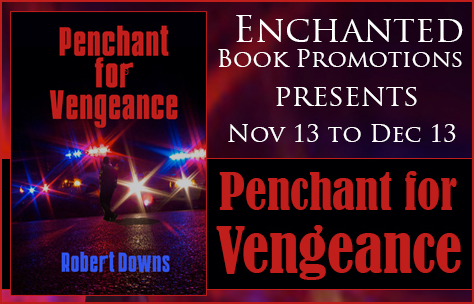 Charlottesville, Virginia, Police Detective Luke McGinty has a closet filled with demons, along with a few skeletons; a steady job, but no steady partner or girlfriend; and is still married to his wife Sallie, even though she’s been dead for three years. Then his detective work takes a turn for the worse when a body is discovered at the downtown mall. One dead body isn’t enough, though, and another one turns up. When ties to a cold murder case in another county present themselves, Luke realizes that, if he doesn’t tread carefully, he could end up short more than just a few answers… 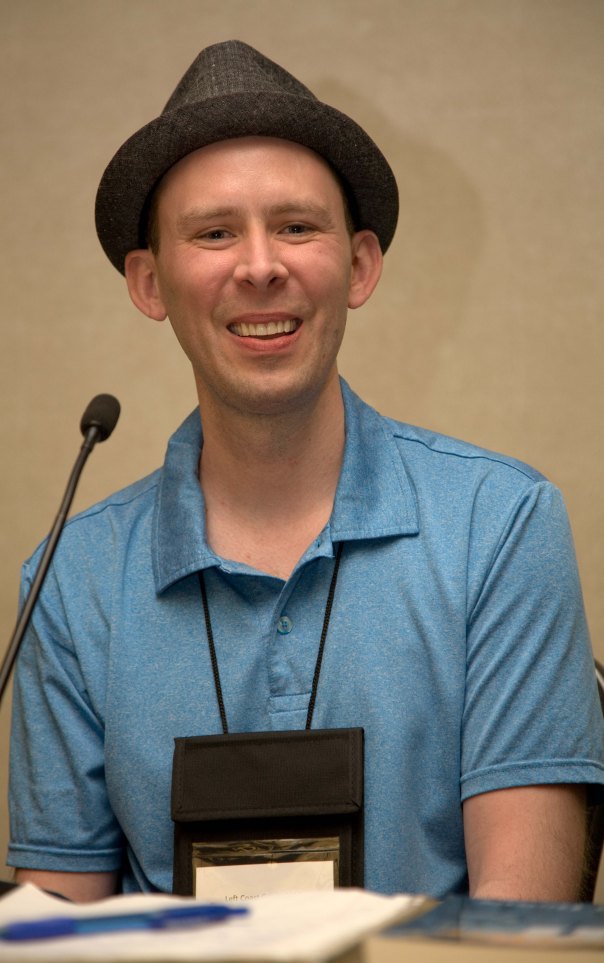 Robert Downs aspired to be a writer before he realized how difficult the writing process was. Fortunately, he’d already fallen in love with the craft, otherwise his stories might never have seen print. Originally from West Virginia, he has lived in Virginia, Massachusetts, New Mexico, and now resides in California. When he’s not writing, Downs can be found reviewing, blogging, or smiling. To find out more about his latest projects, or to reach out to him on the Internet, visit the author’s website: www.RobertDowns.net. PENCHANT FOR VENGEANCE is his fifth novel.

Giveaway for 2 paperbacks and 2 eBook copies of “Penchant for Vengeance” during the book tour.

Traffic was light—Charlottesville, Virginia, despite being a college town, had a curfew—the morning was dark, and a light mist filled the air, adding drops of water to my bright yellow 1974 Camaro. I took the back roads, rather than using US 250 to reach the downtown mall, with Regal Cinema located near the center, off Main Street. I reached the scene in less than ten minutes, including parking, without using a siren, or running a single red light. The body, however, wasn’t nearly as successful as I was.

“Can’t you guys pick a more reasonable hour?” I asked. “Crime should wait until at least nine o’clock.”

“Why don’t you get your butt out of bed like everyone else?” a cop said.

The man didn’t look familiar, nor did his crew cut, wide shoulders, and pressed uniform. His face lacked wrinkles, and his scowl provided more menace than a rabbit with a semi-automatic weapon.

I’d flashed my shield to get in, and now I wanted to flash my nine-millimeter. The early hour meant a yawn preceded one hand wrapped around the thick neck of my competition. I preferred reasonable solutions since reasonableness was all I had left. “What do we know?” I asked.

Like his name implied, he preferred headlocks to handshakes and shaved heads over full-haired ones. He and I had respectfully disagreed on multiple occasions, so often I couldn’t remember the last time we’d ever agreed on anything other than the day of the week. He had hands the size of pencil sharpeners, and he pushed more buttons than he allowed pushed in return. What he needed was a little less mouth and a lot more action.

I ignored his comment. Ignorance was a hard emotion to pin down, but it seemed to rear its ugly head quicker than the other ones. And crime scenes brought out a special kind of ignorance. I had a few emotions left in my system, despite the hour, and I wanted to save them for the victim, who appeared about my age.

The body was bent like a pretzel. Wounds that were possibly from a knife or a whip slathered the body from the neck to the pubic region, deep enough to resemble tattoos. Some were spaced closely enough to disfigure the top half of the body, rendering an exact age nearly impossible. A crime of passion entered the forefront of my mind, and it clung to the roof of my mouth. The victim probably knew his killer intimately, or was, at the very least, an acquaintance.

The wounds stood out for me: a multitude of lacerations that made me unable to look away. When I scanned below the belt, I noticed the mutilated genitalia, rendering the man much less of one. I didn’t like the look of the scene, with the body splayed at an obscene angle, dropped right outside the glass front doors of Regal Cinema to render two of the doors nearly impassable. It resembled something. I just wasn’t sure what. I’d probably blocked it out of my mind, being that I frequented this particular cinema and watched more movies than I cared to admit.

I hoped it never came back, the thought I had blocked. It always did in the end. That was what hurt the most: Movies exacerbated the oddities of life.

Killers were usually born not made, but sometimes, it was the other way around.

The victim’s hands were positioned above his head, forming a triangle, as if he prayed in death to some higher power. Positioned that way by the killer, his hands rubbed up against each other, his head tilted slightly upward. The wounds to the victim’s hands told me he had put up a struggle, knowing that death was inevitable, yet he had wanted to live all the way to the end. But it wasn’t enough. It often never was.

The lack of blood told me the victim wasn’t killed here, and other than a nude body covered in wounds and dried blood, like strokes from a brush, with his hands pointed toward the sky, there were no other obvious signatures. His head was shaved with only a small area of stubble on his chin. His height and weight fell in the average region, his eyes were black, and his lips formed a permanent grimace. He had defensive wounds on both his wrists and the back of his hands, and his skin was as white as a first-floor apartment.

“Victim’s name is unknown, until we run some tests,” the ME said. “Other than being male, and probably between thirty-five and forty years old, I’m out of guesses.”

Addie Ferguson, the ME, had a knack for guessing ages, along with her serious attention to detail. A short woman, with a few extra pounds she could never seem to get rid of, she preferred ankle-length skirts, black boots, and blue blouses.

“Have we got a time of death?”