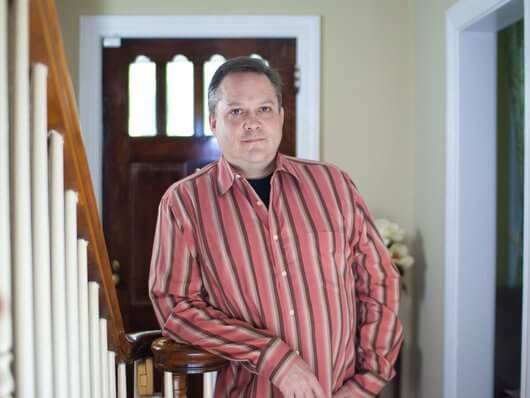 While growing up in South Carolina, Sean didn’t realize it, but he was absorbing the styles, mannerisms, idiosyncrasies, dialects and the culture of his home.   Add to this the time he spent traveling the other Carolina for school and then North America for work, he collected a vast array of experiences and observations from which to draw upon and bring together in his writing.

After studying law in North Carolina, Sean settled in Charleston, South Carolina and instantly became enamored with the people as well as the city.

One day he started writing and the words, generally, kept flowing. A page became a chapter which ultimately became a book known as The Trust.  After this the process started again and The Solicitor was the end result. Hopefully, if you are reading this you either have, or soon will have, your very own copy of one or both.

The experience of taking two novels from conceptualization to print has been one of frustration peppered with increasing amounts of reward.  Each step from the first words hitting the page to ultimately holding a book in hand has been a personal reward.

When Sean is not writing he practices Family Law and works as a Domestic Mediator and lives with his Wife and an ever-expanding pack of rescue canines – the current count is 4.  As well, Sean can frequently be found wandering the lowcountry of South Carolina with his camera, playing guitar in assorted venues around Charleston or exploring the underwater world of the southeast.

When you make your living fighting for justice, the last place you expect to wake up is behind bars.

Attorney Noah Parks has spent his life keeping people out of jail.  When he’s charged with the murder of a candidate for Charleston County Solicitor he finds himself on the wrong side of the law for a crime he says he didn’t commit.

No longer fighting for others and now relying on the help of the few people he does trust, Noah must fight to clear his name and find the real killer before it’s too late.

His search will lead him through a maze of deceptions, lies, family turmoil and treachery that spans generations.

The Solicitor is set in historic Charleston and the surrounding South Carolina Lowcountry where under the surface things are not always as genteel as they appear.

The sun’s arrival just as it cleared the horizon had always marked my favorite time of day. It wasn’t unusual to find me at dawn on the Carolina shore gazing to the east in anticipation, the ocean breeze softly brushing my face. The fleeting moments when the first rays of sunlight painted an explosion of color were more than enough to leave me knowing I was fortunate having witnessed it. Those, those were my favorite mornings and anything that followed was a bit less complicated, easier to handle.

I found myself in desperate need of such a morning.

But today there would be only cold concrete.

For the past five days, my sunrise had been a sliver of light crawling across the floor of my jail cell.

At first, I’d looked forward to it, but on the third day I realized I’d need a lot more to get me through the day, otherwise, that mere slice of sun would soon be pushing me into the icy grip of depression.

I’d quickly learned jail had a way of ushering in melancholy, even for the most optimistic. Most everyone inside, even the guards, were simply miserable.

My bail hearing had been a waste of everyone’s time. Accused murders don’t get bail with their first request, sometimes not on the second, if at all. The fact I’m a lawyer wasn’t helping. The last thing a judge wants to do is give the impression that a lawyer, particularly a criminal attorney like me, is entitled to special treatment.

Things change fast. Days earlier, my life, while not perfect, had been good.

I’d taken my girlfriend to the airport to catch a late-night flight to Chicago. She’d recently relocated to Charleston, but was wrapping up her ties to Chicago.

After returning from the airport, I turned on ESPN, eager to hear what the talking heads had to say about the South Carolina Gamecock’s next football game. As was the case for most Gamecock fans, their football season sanity ebbed or flowed with the team’s weekly performance.

It was a cool fall night and the windows were open as I watched TV from bed, my dog at my feet. Both he and I looked up as we heard a car outside–odd for that time of night in our quiet neighborhood.

The sound of the doorbell was even more unexpected, so much so I didn’t immediately get up. Rarely did anyone just drop by, especially near midnight. The second ring was immediately followed by a knock. I got out of bed, pulled on jeans and a T-shirt and went down the stairs. Austin, my Australian Shepherd, was barking and jumping beside me as I unlocked the door. He sat on my command.

I opened the door to the sight of a tall black man in plainclothes with a Charleston Police Department badge on his belt. Three uniformed Charleston County deputy sheriffs flanked him. Three police cars occupied my drive. An unmarked cruiser in the cul-de-sac completed the scene. Thankfully none had their lights on. I shifted my gaze back to the officers. Not a smile among them.

This couldn’t be good, I remember thinking.

“Noah, how about I come in?” Emmett Gabriel said. He looked me straight in the eyes. We were the same height, just under six feet tall, but the lack of a smile, his badge, and the deputies that flanked him made him feel bigger and much stronger than me.

I’d heard his voice many times before. At the police station, in his backyard, over a meal, on my back deck, other times through the years but never near midnight with other police officers standing on my front porch.

“Since when have you ever asked permission to come in the house?  What’s wrong?”

I just stood in the doorway. Silent and motionless.

One of the officers behind him coughed, jarring me back to reality.

I stepped to the side. “Sorry, certainly, come in.”

“Wait outside,” Gabriel said to the deputies.

We walked down the short hallway into my living room in silence.

A feeling of panic ran through me as he asked about my girlfriend.

The feeling of panic faded to one of wonder, wondering why at midnight a detective I knew was standing, unannounced, in my living room while three other anxious officers were staged on my front porch. I asked why he was here. Wonder quickly faded with the next words I heard.

“The officers outside have a warrant for your arrest.”

Having never been one to miss the obvious, I remember uttering my insightful reply, “A warrant?”

“Yes, for the murder of Andrew Stephens.