This post is part of a virtual book tour organized by Goddess Fish Promotions. Michelle Hanson will be awarding a $20 Amazon or B/N GC to a randomly drawn winner via rafflecopter during the tour. Click on the tour banner to see the other stops on the tour.

Now, as the one-year anniversary of the Collins case nears, four more women have been brutally murdered—and the killer is sending video footage of their deaths directly to Lena’s inbox.

The investigation brings Lena face-to-face with her past: the Collins case, her celebrity status, her lingering PTSD—and the first woman she ever loved, Special Agent Cait Porter, who’s just been assigned to the case.

The killer gives Lena five days to figure out who he is. But the closer she gets to finding him, the more likely it is that she’ll become his fifth victim.

The rattle of the restraint echoed within the room as I dragged my leg closer to my chest. The long chain scraped against the cement ground as I brought my knee under my chin. I gripped the sturdy cuff and squeezed at the hinge. The dim light reflected off the metal cuff, sending streams of light rays against the wall. I placed my thumb over the keyhole and pressed down. The small groove imprinted in my thumb, and I ran my index finger over the impression.

It was a standard cuff, the kind my department used when transporting convicts. It wasn’t easy to pick the lock, but it was certainly possible. All I needed was something to pry the lock with. A Bobby pin or a pair of tweezers. Anything flat and slender.

Instinctually, I reached for my gun—but it, along with the holster, was gone. My badge and cell phone were missing from my back pockets too.

I checked my pockets knowing it was pointless. If he took my badge and gun, then he took anything else I had on me. I slid my hand inside the breast pocket of my black blazer. Then in my pants pockets. I frisked myself in the hope that maybe there was something viable I could use. But nothing. I had nothing. 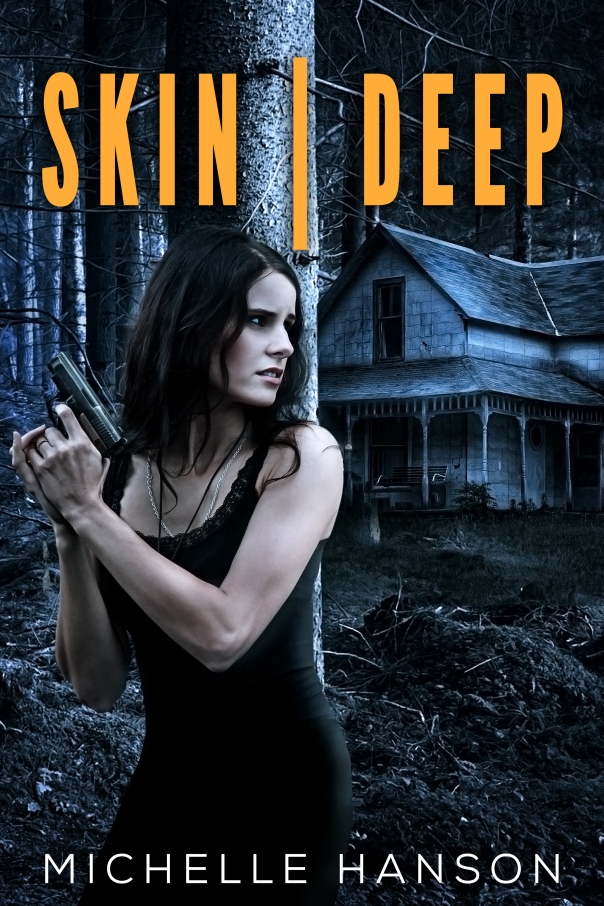 About the Author: MICHELLE HANSON is a writer, director, producer, and photographer. She writes detective novels so her degree in Criminology can be put to good use. Michelle is an avid fan of the horror genre, and spends most of her free time volunteering at a local theatre. Her photography has been published in newspapers and online magazines/blogs.

Michelle is the creator, director and writer of the supernatural lesbian web series, Red Rue. She also wrote and directed Gül Girl, and the upcoming psychological thriller, Veho (Fearopoly Films).

Michelle is married, and has two dogs and three cats. She hopes to see her novels turn into a movie or television show one day (Netflix, are you listening?).

Michelle Hanson will be awarding a $20 Amazon or B/N GC to a randomly drawn winner via rafflecopter during the tour.