Book Blast – A LORD FOR CHRISTMAS

This post is part of a virtual book tour organized by Goddess Fish Promotions. The authors will be awarding a $50 Amazon/BN GC to a randomly drawn commenter. Click on the tour banner to see the other stops on the tour. 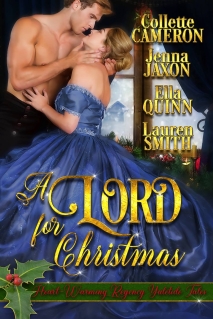 A Lord for Christmas: Heart-warming Regency Yuletide Tales is a collection of novellas with both holiday themes as well as those of love, passion, intrigue, and romance running throughout. With each story, you’ll long for your own Lord for Christmas.

Marriage by Twelfth Night by Ella Quinn – Lady Euphrosyne Trevor knows exactly what she wants in a marriage when she meets the Marquis of Markville. But when her father, the Duke of Somerset, refuses the suit out of hand and betroths Euphrosyne to another man, they must find a way to defy the duke and save the only chance they have for love.

The Rogue’s Seduction by Lauren Smith – Perdita, London’s favorite lady is desperate to avoid a fortune hunter and enlists the help of London’s most wicked Rogue to fake an engagement, but her rogue has every intention of claiming Perdita as his wife.

A December with a Duke by Collette Cameron – After a horrific marriage, Everleigh vows to never marry again, but the enigmatic Duke of Sheffield is determined to woo the beautiful widow and make her his own.

A Match Made at Christmas by Jenna Jaxon — Sophia must allow her grandmother to arrange a match for her, the name of the groom to be announced at a Christmas house party. So when Sophia finds the true love of her life, she has no idea if he is her grandmother’s choice or not.

For the second time that night, Everleigh stopped on the last riser.

She touched the locket again. A lock of wispy, thistle-down soft white hair lay tucked inside. Struggling to wrestle her grief into submission, she focused on the long case clock’s pendulum swinging back and forth.

She paced her breathing with the slow tick-tock for a handful of rhythmic beats.

Did a parent ever recover from the loss of a child?

No. Life just took on a new reality.

“Tomorrow is the three-year anniversary of her death.”

Why had she shared that?

The Duke of Sheffield did the most startling, the most perfect thing in all the world.

He drew her into his arms and held her. He didn’t offer condolences or advice. He didn’t try to change the subject or pretend he hadn’t heard her at all.

He simply offered her comfort, and it felt so utterly splendid, just allowing someone to hold her. Someone who permitted her to show her grief for a child conceived in the worst sort of violation and violence, but who had been adored nevertheless.

For this brief interlude, Everleigh didn’t have to be strong. Didn’t have to maintain her frigid façade, and it was wonderful to be herself. That almost brought her to tears as well.

What was more astonishing was she wasn’t afraid of his touch.

How long had it been since she didn’t flinch when a man touched her?

They stood chest to chest and thigh to thigh in intimate silence for several moments until the clocked chimed the quarter hour, interrupting the tranquility. They really must join the others for dinner, or God only knew what sort of unsavory tattle might arise.

“Thank you for your kindness, Your Grace.”

She disengaged herself, more aware of him as a man than she’d any business being.

He simply nodded, though the amber starburst in his eyes glowed with a warmth she couldn’t identify. 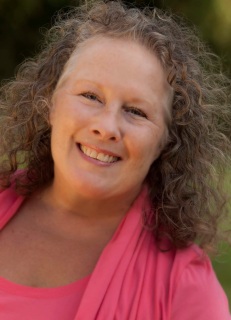 USA Today bestselling author Ella Quinn’s studies and other jobs have always been on the serious side. Reading historical romances, especially Regencies, were her escape. Eventually her love of historical novels led her to start writing them.

She is married to her wonderful husband of over thirty years. They have a son and two beautiful granddaughters. After living in the South Pacific, Central America, North Africa, England and Europe, she and her husband decided to make their dreams come true and are now living on a sailboat. After cruising the Caribbean and North America, she completed a transatlantic crossing from St. Martin to Southern Europe. She’s currently living in Germany, happily writing while her husband is back at work, recovering from retirement. 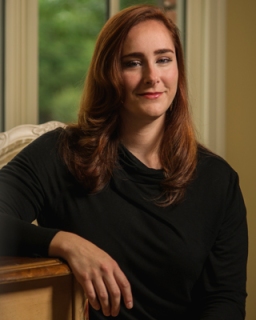 USA Today Bestselling Author Lauren Smith is an Oklahoma attorney by day, author by night who pens adventurous and edgy romance stories by the light of her smart phone flashlight app. She knew she was destined to be a romance writer when she attempted to re-write the entire Titanic movie just to save Jack from drowning. Connecting with readers by writing emotionally moving, realistic and sexy romances no matter what time period is her passion. She’s won multiple awards in several romance subgenres including: New England Reader’s Choice Awards, Greater Detroit BookSeller’s Best Awards, and a Semi-Finalist award for the Mary Wollstonecraft Shelley Award. She is a 2018 RITA ® Finalist in the Romance Writers of America Contest. To connect with Lauren, visit her at http://www.laurensmithbooks.com 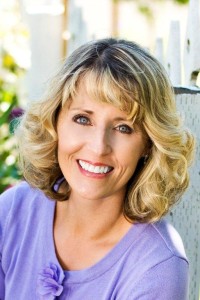 Blessed with fantastic fans as well as a compulsive, over-active, and witty Muse who won’t stop whispering new romantic romps in her ear, she lives in Oregon with her mini-dachshunds, though she dreams of living in Scotland part-time.

Jenna Jaxon is a multi-published author of historical romance in all time periods because, she says, “passion is timeless.” She has been reading and writing historical romance since she was a teenager. A romantic herself, Jenna has always loved a dark side to the genre, a twist, suspense, a surprise. She tries to incorporate all of these elements into her own stories. She’s a theatre director when she’s not writing and lives in Gloucester, Virginia with her family, including two very vocal cats and one silent one.

Jenna is a PAN member of Romance Writers of America as well as an active member of Chesapeake Romance Writers, her local chapter of RWA. She has four series currently available: The House of Pleasure, set in Georgian England, Handful of Hearts, set in Regency England, and Time Enough to Love, set in medieval England and France, and The Widows’ Club series, also set in Regency England and available from Kensington Publishing in both print and digital.

She currently writes to support her chocolate habit.

THE AUTHOR WILL BE GIVING AWAY: $50 Amazon/BN GC