Newlyweds Megan (Kat Steffens, Parkland) and Andrew (Bug Hall, Castle) have just moved into their dream home with aspirations to start a family. But soon strange events start happening. Voices and shadowy figures haunt Megan, and even Andrew, starts questioning his own sanity as their marriage is being torn apart. The visions grow increasingly real..and threatening, yet Megan is unwilling to relinquish her home. When the appearance of a mysterious priest (C. Thomas Howell, The Amazing Spiderman) unveils the truth behind their nightmare, Megan’s reality takes a desperate turn that her haunting visions never could have predicted. 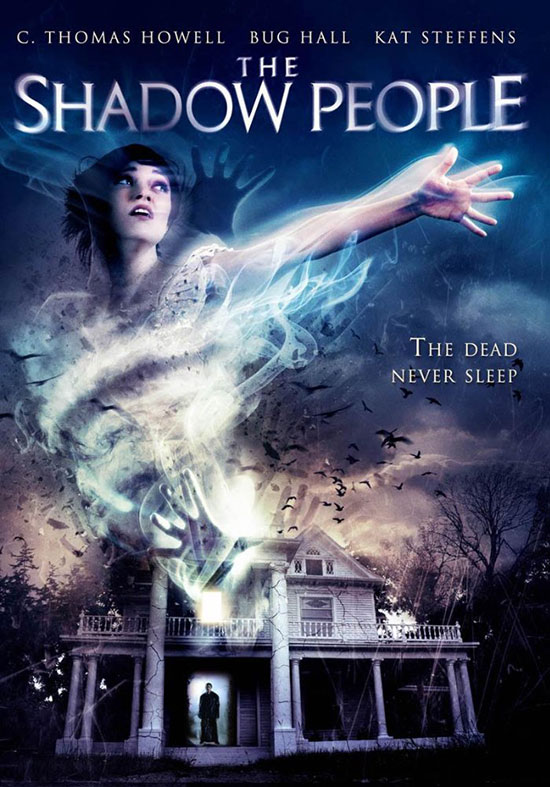 I would not say that this movie is all bad. The Shadow People starts out bland enough. A newlywed couple driving home swerve to avoid a person on the road, and ultimately, their car gets stuck. What follows in n unraveling sequence of events that, at first only Megan can see.

My initial thoughts here were: Why didn’t Andrew turn off the car before they decided to prance home in the rain? Why didn’t one of them call a tow truck when they got home instead of getting down to sex? Was Cain supposed to be a remake of a similar character (Kain) in Poltergeist?

It is not until the final act that we see the reality of what happened in that “near miss car accident with mysterious girl on the road”.

I am not going to say anything here to give away the spoilers, but, the acting by Kat Steffens and Bug Hall was good enough to make me watch to the end.