A shot is fired into the still night air and a young woman dies on Suicide Ridge. A dangerous game has begun. Over the course of one blistering, hot week, winds of change sweep through an isolated valley in small town America.

Sheriff Bert Calder, with the help of Mayor Amos Thatcher, has held the town of Haddon under his thumb for twenty-five years. As things spin out of control, Calder works the angles, ensuring he can make the most of the upheaval that is to come.

Rafael Destino, facing his own mortality, races against time to gain control of the railroad – a lifeline essential to the town’s survival. His goal – to financially destroy Thatcher, the man he believes responsible for the death of his beloved sister. His tool – adopted son Myhetta. But how far down the road of revenge will Rafael push the young man who owes him everything?

Myhetta is poised on the edge of controlling Destino Enterprises, the job he has been groomed for. While money, power and influence are his to command, the past continues to torment him.

In a clash of powerful men, with fathers pitted against sons, no one will be left unscathed. Maelstrom is a page turner that speeds along like a runaway train.

Francis Guenette has spent all of her life on the west coast of British Columbia. She lives with her husband and finds inspiration for writing in the beauty and drama of their off-grid, lakeshore cabin and garden. She has a graduate degree in Counselling Psychology. She has worked as an educator, trauma counsellor and researcher. She is the author of three books in the Crater Lake Series. Maelstrom is her fourth novel. 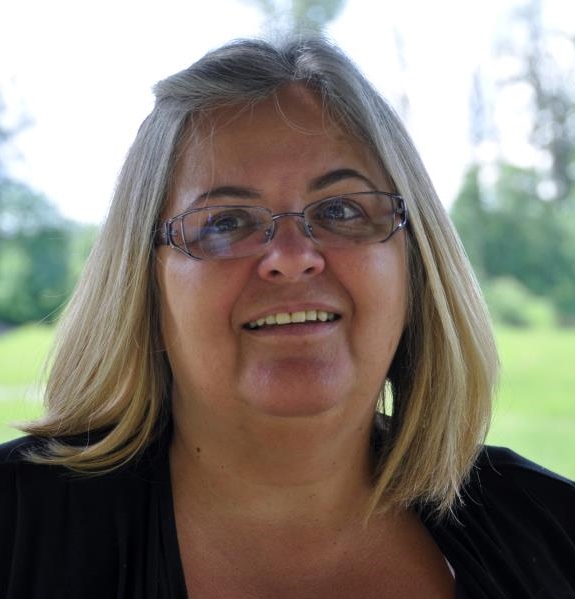 The heat of the past day hung heavily over Suicide Ridge. A rifle shot shattered the still night air. The young woman walking across the gravel pullout took the shot in her back; the bullet smashed through her body, winged out and kissed the air alongside the arm of the man she had been waiting to meet.

The dead weight of her crashed into him and Myhetta fell to his knees. He searched the darkness in the direction of the shot. Blood pumped from the exit wound in the woman’s chest. The headlights of her car, parked against the battered barrier near the drop-off to the river below, blinded him as the sound of gravel crunching underfoot came closer. Polished, brown boots appeared. A rifle casually smacked against a leg. The wide brimmed sheriff’s hat obscured the eyes but the moonlight caught the silver line of a scar as a voice drawled, “You move along now, Breed. No need for you to hang around.”

Myhetta rose and whistled as he drew out the knife tucked at his back. Two timber wolves loped out of the trees and flanked him. Lips pulled back to reveal yellow fangs as the animals snarled.

The sheriff raised the rifle at his side and took aim at the wolf to Myhetta’s right. “Get going or one of your precious pets dies.”

Sheriff Bert Calder did not make idle threats. As Myhetta backed up a step, hate smouldered in his dark eyes. He kept the animals close to his side with a gesture of his hand as he walked away into the trees. His horse was grazing on the scrubgrass that grew under the tall pines. Swinging his body into the saddle, he urged Black along the trail. He wound his way up the switchback and stopped at a point where he could look down to the dirt pullout on the corner of the stretch of road known as Suicide Ridge. His tall form was outlined in the light of the full moon.

The sheriff returned from the police cruiser parked in the nearby trees with a jerry can in his hand. He had already loaded the body into the driver’s side of the car. He doused the vehicle with gasoline. Reaching inside, he shoved the battered Volkswagen into gear and rolled it forward. He stepped back, lit a match, flicked it into the car and raised his boot to nudge the bumper. The car clunked down the rough, rock face of the ridge. All was dark for a moment then a whoosh of fire lit the night sky.