An Oath Broken, Only Marriage Will Do and Valentine Virtual Book Tour 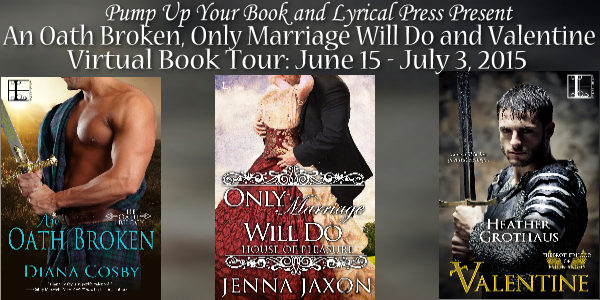 An arranged marriage to a Scot? Unacceptable!

Lady Sarra Bellacote would sooner marry a boar than a countryman of the bloodthirsty brutes who killed her parents. And yet, despite—or perhaps because of—her valuable holdings, she is being dragged to Scotland to be wed against her will. To complicate the desperate situation, the knight hired to do the dragging is dark, wild, irresistible. And he, too, is intolerably Scottish.

Giric Armstrong, Earl of Terrick, takes no pleasure in escorting a feisty English lass to her betrothed. But he needs the coin to rebuild his castle, and his tenants need to eat. Yet the trip will not be the simple matter he imagined. For Lady Sarra isn’t the only one determined to see her engagement fail. Men with darker motives want to stop the wedding—even if they must kill the bride in the process.

Now, in close quarters with this beautiful English heiress, Terrick must fight his mounting desire, and somehow keep Sarra alive long enough to lose her forever to another man…

“Plenty of action…loads of treachery. Fans of medieval Scotland will enjoy.” —Library Journal

An Oath Broken is available for pre-order at Amazon, B&N, Kobo and GooglePlay. 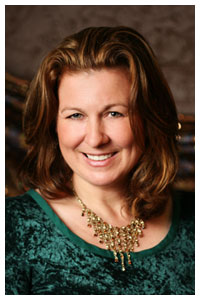 A retired Navy Chief, Diana Cosby is an international bestselling author of Scottish medieval romantic suspense.  Her award-winning books are translated in five languages.  Diana has appeared at Lady Jane’s Salon, in NYC, and in Woman’s Day, on USA Today’s romance blog, “Happily Ever After,” MSN.com, and in Texoma Living Magazine.

After retiring as a Navy Chief, AGC(AW), Diana dove into her passion – writing romance novels. With 34 moves behind her, she was anxious to create characters who reflected the amazing cultures and people she’s met throughout the world.

Her years of living in Europe inspired Diana to write in the medieval time frame.  After watching the movie Braveheart and with her passion for writing complex plots, the idea for the MacGruder brothers series was born.

Diana has many passions in life, but one that resonates in her life is that of giving. She firmly believe that each of us can make a positive difference in another person’s life.  Some of the charities she supports are listed below:

The National Trust for Scotland, which acts asguardian of Scotland’s magnificent heritage of architectural, scenic and historic treasures.

Habitat For Humanity, which gives a deserving family more than a home, but a foundation upon which to build their dreams.

Semper Fi Fund, is a 501(c)(3) nonprofit to help with immediate financial support for injured and critically ill members of the U.S. Armed Forces and their families.

Homes For Our Troops, assists severely injured Servicemen and Servicewomen and their immediate families through various venues to aid them in building a home that allows them live a more independent life.

The Navy SEAL Foundation, provides immediate and ongoing support and assistance to the Naval Special Warfare community and their families. 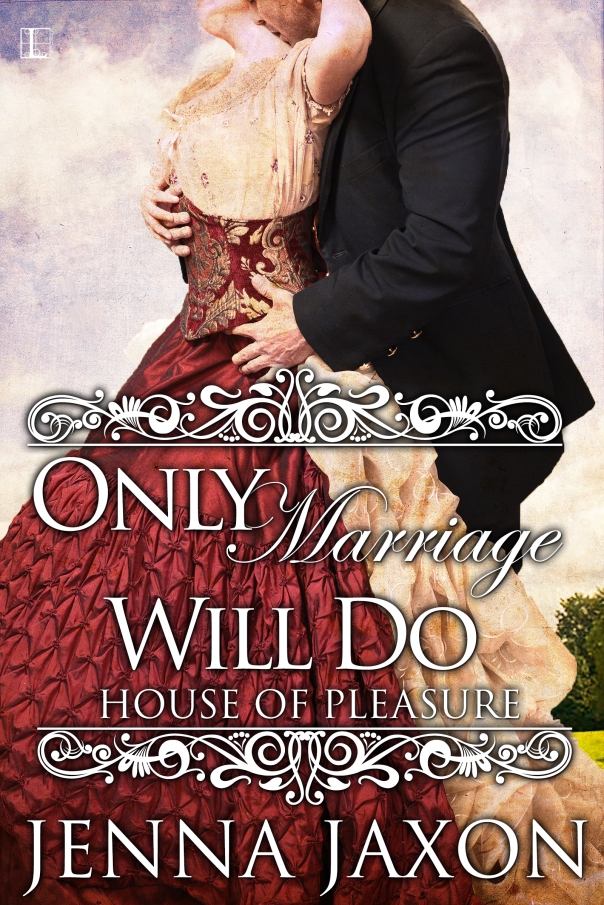 The House of Pleasure, #2

Happily-ever-afters don’t always begin at “I do.”

When the man of her dreams rescues Lady Juliet Ferrers from the villain claiming to be her husband, she is sure she has found her one true love. But is she free to marry him? Not to be deterred, Juliet arranges for her hero to escort her to her family estate in far off Northern England—hoping that along the way she can win his love—and his hand…

Captivated by Juliet’s sweetness and beauty, Captain Amiable Dawson can’t help but be spellbound by the promise of a life with her. But the spell breaks when questions arise about her marital status. Soon the upstanding Amiable is unsure if he is indeed married to Juliet. And when his rival absconds with her, Amiable must choose between the law of the land and his heart’s desire to rescue Juliet once more…

Only Marriage Will Do is available for pre-order at  Amazon, B&N, Kobo and GooglePlay.

Jenna Jaxon is a multi-published author of historical and contemporary romance. She is currently finishing revisions to her fifth full length novel, To Woo A Wicked Widow, set in Regency England and the first book in her five part series, The Widow’s Club.

Only Marriage Will Do, second book in her Georgian House of Pleasure series is with the editor. Her medieval trilogy, Time Enough to Love, is being published by Rising Phoenix Publications. Book 1, Betrothal is currently available. Book 2, Betrayal, will be available later this fall.

Jenna has been reading and writing historical romance since she was a teenager. A romantic herself, she has always loved a dark side to the genre, a twist, suspense, a surprise. She tries to incorporate all of these elements into her own stories. She lives in Virginia with her family and a small menagerie of pets. When not reading or writing, she indulges her passion for the theatre, working with local theatres as a director. She often feels she is directing her characters on their own private stage.

She has equated her writing to an addiction to chocolate because once she starts she just can’t stop. 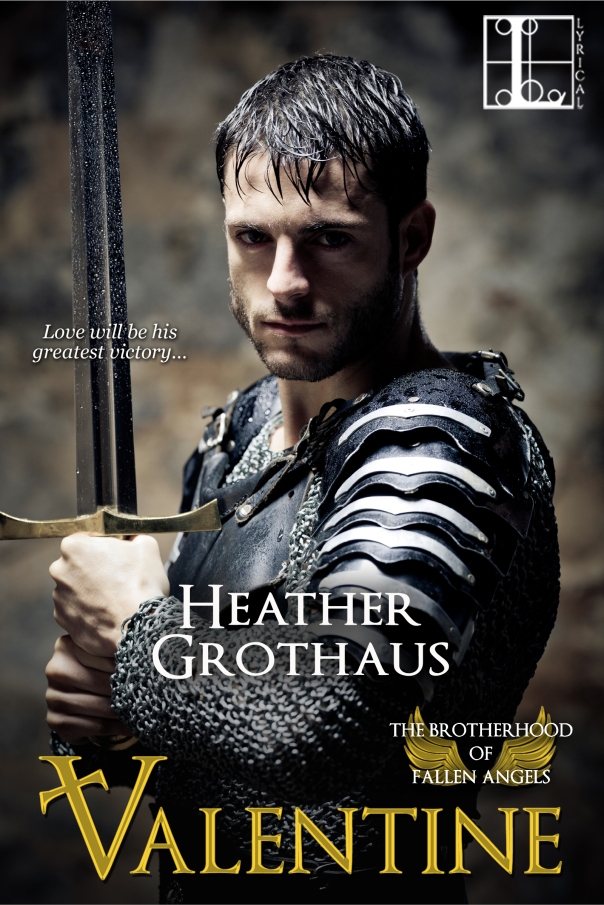 Introducing the Brotherhood of Fallen Angels—an epic new series set in the medieval Holy Land, where four heroic Crusaders find themselves caught in the crosshairs of revenge, devotion—and love…

He’s a man of passion and principle. But would he kill for his convictions? That’s the question that has Valentine Alesander fighting for his innocence. He’s been accused, along with three other Brothers, of orchestrating the horrific siege at the Christian fortification of Chastellet. Could this fatefully-named Crusader be a lover, a fighter, and a traitor? One woman from his past is about to find out.

Gorgeous, free-spirited Lady Mary Beckham has escaped her guardians in England to travel across the world—and find the notorious Valentine. Years ago, she was promised to him…and now she wants out of their marriage contract. Mary wants to wed another and requires Valentine’s blessing—until she discovers they share a tempestuous attraction. But with a vengeful band of sworn enemies at Valentine’s heels, is desire worth the risk of losing…everything?

Valentine is available for pre-order at Amazon, B&N,  Kobo and GooglePlay.

Heather Grothaus has published eight medieval romances since 2006, which have been translated into several foreign languages. She fell in love with historical romance after reading a Kathleen E. Woodiwiss novel when she was far too young to be doing so, and has never looked back, building a reputation for crafting twisting adventures, laugh-out-loud dialogue, and heart-wrenching emotion. When she’s not writing, she spends her time homeschooling her children, gardening, listening to music, reading, and watching Sherlock. She lives on a small farm in Kentucky with her family.