Ready to learn how (not) to be a doctor?
Well, neither was John.
John’s adventures in medical training continue with this insightful, often hilarious, self-deprecating medical memoir of bumbling into residency with a severe case of imposter syndrome. This second part in the series brings John’s unique, irreverent and candid med-school storytelling to the world of residency training.
Initially, John penned email blasts while being held captive on-call nights. His descriptions of the escapades, mishaps, disorder, and terror that surrounded his training, led several friends to enquire if he has broken into the hospital pharmacy. Eventually, someone asked to publish the stories, so John replied that he’d write down the whole adventure of becoming a doctor from medical school through residency. 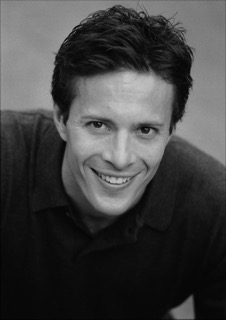 John Lawrence was born in New York, grew up England, and attended Georgetown University where he told his career advisor that the only thing he did not want to be was a doctor. He subsequently survived medical school and residency training in Utah.

John was not the typical medical student, sneaking out of the hospital whilst on-call to audition for television shows; writing film scripts (also available on Amazon!) and overcoming imposter syndrome. He went on to work as a doctor for 20 years in both traditional western medicine and functional medicine.