Plot: When a kingpin threatens New York City, a news reporter find a quad of mutants which makes an alliance to unravel Shredder’s plan as the Teenage Mutant Ninja Turtles.

Review: We all know the story by now. 4 mutant turtles are raised in the sewers on NYC by a giant rat, who teaches them the way of Ninjutsu, to protect the city from the likes of Shredder and the Foot.

The action and SPX were good to a point, then it started to comes across more like Transformers. (Especially when Shredder dons his armor suit).

Megan Fox plays the role of April O’Neil. The wanna-be journo who is stuck with doing bits on trivial going’s on in the city, while she desperately aspires to be “a real journalist”. I will just say here that her character comes across much like Fox’s acting… Desperate. Ms Fox may be attractive, but, her acting abilities are very much lacking. It is obvious she struggles with any real depth in making a character believable.  A good portion of this film seemed to be dedicated and focused on Ms Fox, rather than the story of the TMNT.

Will Arnett plays the role of Vernon Fenwick, April’s “sorta” love interest and partner in filming crime. Vernon is the stereotypical character who constantly makes with the bad pick-up lines, and always helping April out of at a drop of a hat. (Doesn’t this guy have a real life?)

Tohoru Masamune plays the role of Shredder. The badass of the film. While the back-story on this guy goes completely off the rails compared to the original films, his acting was okay.

I did think that the film could have stuck with the original plot, of Splinter being raised (more or less) by Shredder, to give the film more credibility. But, in this version, our pal, Splinter, is the “lab rat” (no pun intended), who is injected with test mutagen to see what the effects would be. When a fire destroys the lab, April (the child) saves the turtles and rat by dumping them in the sewer (great job!). It is in the sewers that Splinter becomes a ninja master, all by reading a book he so “conveniently” finds. With no sparring partner or mentor of his own to instruct him in the ways of Ninjutsu, Splinter becomes a ninja master and then instructs his clan of 4 mutated turtles in the ways of being ninja’s. Hmmmm. Too many plot holes here that it does my head in 🙂

I was sadly disappointed that this film went completely off track from the original storyline. And for those who watched the original animated cartoon series, and the original movies, you will know the back-story all too well.

The only redeeming feature of this film was the epic fight scene between Shredder and Splinter. For that I give a huge thumbs up. But the rest of the film was sadly lacking.

I will say that as far as appealing to kids, this is not a film I would allow my 6 year old son to watch. The original films, yes, but not this.

Verdict: Watch the original instead. More entertaining!
My Rating: 5 out of 10. 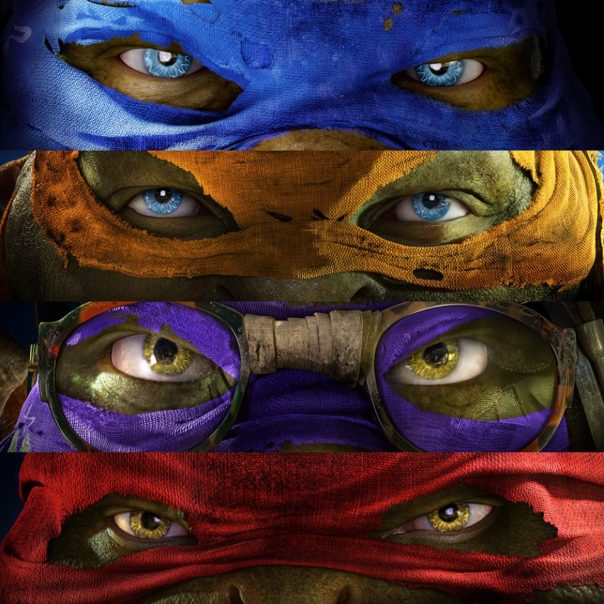