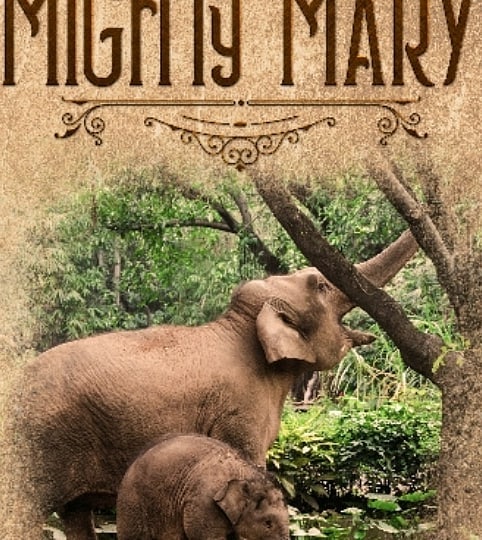 Australian author Max Davine is set to follow up his fifth novel “Dino Hunt” (2015) with an animal story of a very different kind. Published by Tamarind Hill Press, “Mighty Mary” tells the tragic, turbulent but sometimes heart-warming and ultimately thought-provoking story of Mary the Elephant, who was taken from the wild in India after the slaying of her mother and sold to a circus in the United States. Hers is a tale of human cruelty, of which her life would become a catalogue. She was trained with brutality by her captors and seemed to find a home amongst a surrogate herd of a different kid, that which migrated along the railroad and performed in giant tents. But there is redemption along the way. Mary forms bonds with other outcasts who also suffer at the hands of men, from horses to other elephants and even a trapeze artist named Christina. All the while, her innocence, her intelligence and her endearing qualities often inadvertently reveal the conflict within the supposedly heartless human who own her.

Davine’s previous five novels were sold all over the world to critical acclaim. His distinctly “borderless” style and keen eye for human drama has made his work accessible to anyone, anywhere and at any age. Using the sensibilities, empathy and subtlety he rendered the beloved tyrannosaurus chick in “Dino-Hunt” with, Davine instils Mary with the nuance, insight and ultimate strength that she develops over each stage of her incredible life. From a wild but naïve and dependent calf she grows into the cynical but compassionate circus performer that would become the star of the South.

Of his work, critics have said:
“Uniquely crafted, Dino Hunt isn’t your typical dinosaur action/adventure tale. In compelling fashion, author Max Davine presents a surprisingly believable story that flips the customary script on the age old battle between predator and prey. The action is fast-paced, the characters realistic, and the plot highly engaging from beginning to end.” – Courtney Wells, Apex Reviews.

“The author’s writing was almost lyrical, similar to an epic like “Beowulf” or “The Odyssey”.” – M.P Ceja on “Off The Map”, In D’Tail Magazine.

A powerful tale for all ages, “Mighty Mary” is not created to shock but rather to instil a second thought about the lives and souls of the animals we tend to use and consume in our contemporary world. 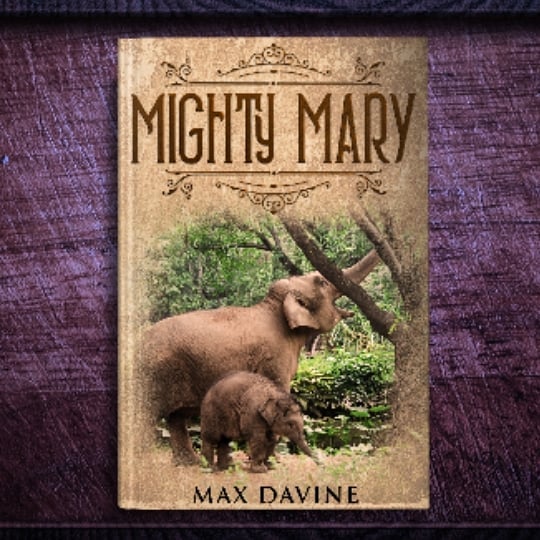