Jill Gardner—owner of Coffee, Books, and More in the tucked-away town of South Cove, California—is not particularly thrilled to be portraying a twenties flapper for the dinner theater murder mystery. Though it is for charity…

Of course everyone is expecting a “dead” body at the dress rehearsal…but this one isn’t acting! It turns out the main suspect is the late actor’s conniving girlfriend Sherry…who also happens to be the ex-wife of Jill’s main squeeze. Sherry is definitely a master manipulator…but is she a killer? Jill may discover the truth only when the curtain comes up on the final act…and by then, it may be far too late. 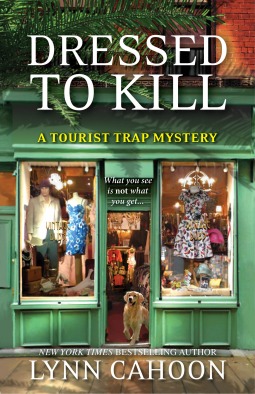 I love happy endings. My stories are all about life in small town America and building the family that you deserve. You know, the people who love you unconditionally – even when you’re less than perfect.

Personal stuff? I’m a seven-year breast cancer survivor. I’m married to my own hero who shaved his shoulder length hair when I lost mine during chemo. I’m the proud mom of a computer engineer (although I don’t know what that means.) And I have four fur babies.

I’m an active member of MORWA, my local RWA chapter.

My debut was THE BULL RIDER’S BROTHER released June 4th, 2012 from Crimson Romance. Cowboys aren’t easy to love—but they sure are easy on the eyes. I bet you’ve felt the same way my heroine Lizzie has, at least once or twice. Since that time, THE BULL RIDER’S MANAGER, came to your favorite digital store. If flying was hell, waiting to fly was purgatory. Both are available in print as well as digital. And the long awaited bull rider story is finally out and available. Check out THE BULL RIDER’S KEEPER!

For those of you who like a little magic in your stories — The Council Series starts with A MEMBER OF THE COUNCIL. A rogue hunter, a clueless witch and a mission to save an unknowing world. The second book, RETURN OF THE FAE, continues Parris and Ty’s adventures, and is a 2014 RONE finalist.

2014 sees more big news – e-Kensington released The Tourist Trap Series – with GUIDEBOOK TO MURDER kicking the fun off in April. MISSION TO MURDER arrived July 31st, and a third book, IF THE SHOE KILLS, November 10th. Set in a small coastal California town, I love these who dun it’s with a touch of romance.

Summer of 2015 – DRESSED TO KILL and KILLER RUN will be arriving.

I’ve come a long way from the little girl on the school bus who used to cut out pictures from Teen Beat to illustrate my tales of love and loss. And yet, not so far.

So pull up a chair, pour a cup of coffee, and let’s chat about writing, love, life, and the pesky things that get in the way of our goals and dreams.

I’m glad you found me.