Plot: The trials and tribulations of criminal lawyer, Saul Goodman, in the time leading up to establishing his strip-mall law office in Albuquerque, New Mexico.

Fast Review: Better Call Saul is set six years before Saul Goodman (Bob Odenkirk) meets the infamous Walter White. When we meet this shady lawyer, the man who will become Saul is known as Jimmy McGill, a small-time lawyer searching for his destiny and hustling anyone he can to make ends meet. Working alongside and often against Jimmy is fixer Mike Ehrmantraut (Jonathan Banks).

As we all know, this series is a spin-off from the hit TV series, Breaking Bad. Not often does a spin-off come close to its predecessor, but in the case of Better Call Saul, this series will definitely rival BB.

Great cast; Great locations; Great storylines; And great acting. Vince Gillian and Peter Gould have outdone themselves with this.

Plot: A medical student finds that being a zombie has its perks, which she uses to assist the police.

Review: Zombies… The whole Zombie genre has been done to death (lol). There are some shows that jump on the latest fad and ride it into oblivion. Other shows are quite an exception.

Take iZombie. iZombie tells the story of Liv Moore (NZ actress Rose McIver), and how at one fatal booze up on a boat turns her life upside down, from being an up and coming Med Student to working for the Seattle PD Morgue, and having an appetite for brains…

Despite the title, this show is surprisingly funny and takes the light-hearted look at life as a zombie.

I will not say too much about this series here, as that will give away too much. But, if you like horror-comedies and absolutely dig Zombies, then this is one show you do not want to miss. 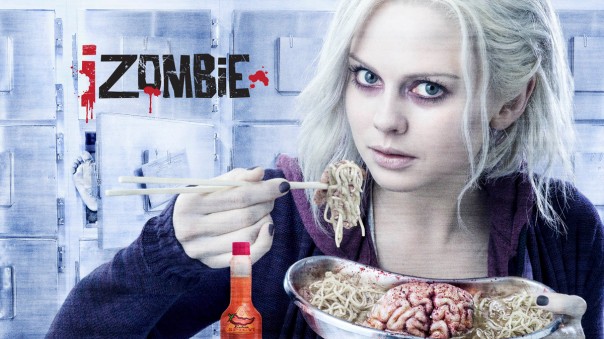 Plot: The day Tom Parfitt moves from his home into residential care, he becomes the sole witness to a violent death.

Review: BBC does it again with this horror themed TV mini-series. Remember Me tells the story of Tom Parfitt (Michael Palin). A widower who is about to move into a nursing home to live out the remainder of his days, However, there is a sinister ghost at work who is intent on keeping him alive to “take care of him”.

In this 3 part mini-series, we meet Hannah Ward (Jodie Comer), who plays the role of a nurse, who becomes obsessed with Tom’s obsession of the variations of the song “Scarborough Fair“. Mark Addy (Atlantis) plays the role of Rob Fairholme, the detective who assigns himself to discovering the truth about Tom.

I wont spoil the story here and give you any spoilers, but I will say that there are some influences here from The Ring and The Grudge. But told with a difference.

The scenery is amazing in this series. Creepy, gloomy, but perfect for this type of film. If you liked The Ring and The Grudge, then this series by BBC is a must watch.

Plot: A 200-year-old man works in the New York City Morgue trying to find a key to unlock the curse of his immortality.

Review: I will admit it. I had been putting off watching this show, but once I got started, I was hooked.

Forever tells the long tale of one Dr. Henry Morgan. A man who cannot die… In a manner of speaking. First off, he can die, but comes back to life in the river, to continue the process of living out his immortal existence.

There are some similarities here to Highlander, quite a few actually…. McCloud (AKA: Russell Nash) owned an antique store in NYC. Here, Dr. Henry Morgan owns an antique store in NYC… The Highlander couldn’t die (unless his head was cut off), in this show, he can die, only to be resurrected some minutes later, naked and in the river. An orphaned child rescued and raised by an immortal…

Throw into the mix that he is a medical examiner and spends a lot of his time (most of it infact) helping Det Jo Martinez (Alana De La Garza) solve crimes, and reminiscing about the many loves of his past.

Just how Dr Harry Morgan got this gift (or curse) of immortality has yet to be explained. The chemistry between the Ioan Gruffudd and Judd Hirsch is brilliant. You can see that the characters don’t take themselves too seriously, unlike other repetitive TV Cop shows 🙂

If you have not seen Forever, then you don’t know what you’re missing.

Plot: A morally corrupt judge suffers a breakdown and believes that God is speaking directly to him, compelling him onto a path of vigilante justice. 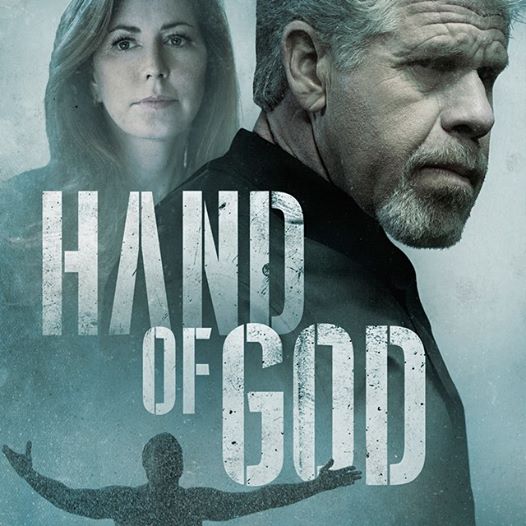 Review: Hand Of God. Team up the Almighty with Ron Perlman and you’ve got a winning combo on your hands! Ron Perlman plays the role of Judge Pernell Harris (AKA: Judge Maximus – better known in the court room for his strict judgements). Judge Harris is corrupt, adulterous, and involved in quite a number of shady deals.

When his son goes into a coma after an attempted suicide, his life is brought back on track with the help of God, and proclaims himself as the modern day Solomon.

The pilot was compelling right from the start, and you begin to wonder if Judge Harris is going insane, or really does have a calling of God in his life.

Right up to the end of the pilot episode, you will be hooked. A great TV series and I hope that there will be more of this show to come.