This post is part of a virtual book tour organized by Goddess Fish Promotions. Mayet Ligad Yuhico will be awarding a $50 Amazon/BN GC to a randomly drawn winner via rafflecopter during the tour. Click on the tour banner to see the other stops on the tour. 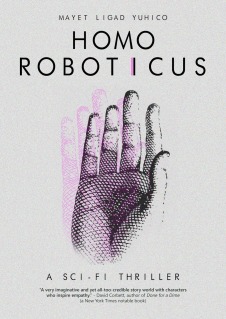 US Colony Agent Brice O’ Rourke is traumatised as a child when half the world disappears as waters rose because of climate change and when North Korea unleashed sentient human like droid soldiers to conquer lands for their hungry people.

When the US Congress passed laws allowing the Homo Roboticus Sollus and Aequilavum programs, Brice gains Ira, a sister, and meets a fellow droid agent Lee Jae Sung who saves her life during a mission.

As a new President wins on an anti-robotist, authoritarian stance vowing a pre-machine existence, will Brice defy her own government and risk her life to save loved ones from extinction?

The ground shook, but she held on to her hidden perch as the other children shoved each other as they rushed to the cliff’s edge. And then one by one, they jumped into the water with nary a hint of fear in their faces. To them, the sea was their playground.

A tiny elfin face looked up at her. She smiled. Eilish’s clothes had become disheveled, showing the glassinex parts of her anatomy.

“Come on over here. You’ll be seen where you are,” she said.

She pulled Eilish into her hidden, leafy lair and fixed her clothes, tugging her shirt sleeves over the shiny wrists, and socks up over knobbed knees.

“Brice, why do I need all these clothes?” Eilish said. “At home…”

Eilish turned to her. “Who are we playing with? We’re always up in the trees. I want to go home.”

Eilish sat down and hummed to herself.

Pulling a leaf from her own hair, she balanced precariously on a branch. Hidden in the sturdy branches of the mango tree, she intended to stay that way until the last rays of the sun vanished and the other kids ran back to their homes. Her family had left Antarctica, the coldest and windiest continent on earth, only six months before. Palawan, located in the western part of the Philippines, was a balmy tropical paradise, but it was still shocking for her to leave the house in the thinnest of garments and flip flops. 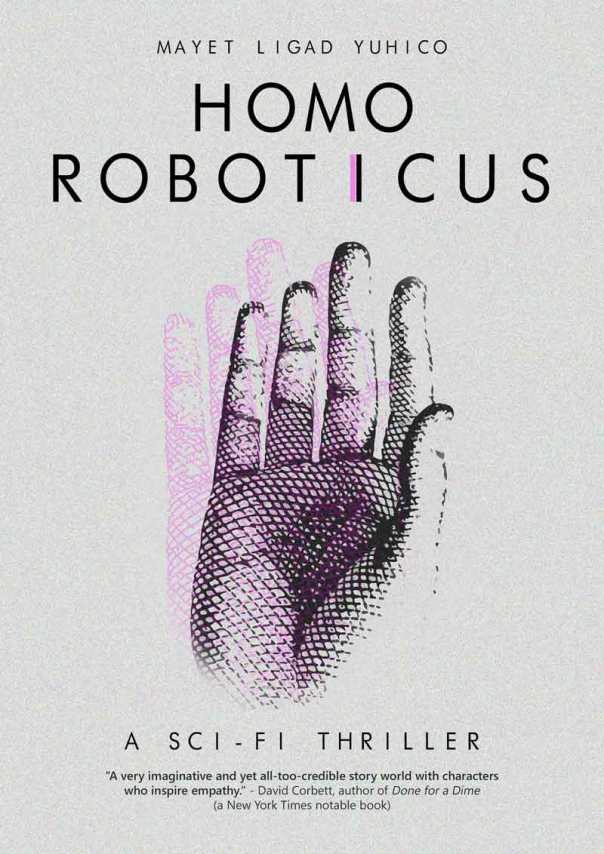 Mayet Ligad Yuhico is the author of FOURTEEN DAYS, a work of romantic contemporary fiction published in 2011.

Based in Singapore since 2012, Mayet has shifted to the genre of speculative fiction in her new novel, HOMO ROBOTICUS, to ponder on the consequences of global warming and climate change.