Australian singer, Cole Phoenix, is set for a scorching hot start to the year after being confirmed as a nominee for the Best New Top 40 Artist of the Year in the New Music Awards.

Phoenix released her scorching Pop/Rock single ‘Hello’ on the 1st of January, racking up thousands of downloads and hours of airplay across Australia, the USA and the UK. The track is the latest to be taken from the upcoming album, ‘She’s on Fire.’ The Brisbane native has been tipped for success in 2015 following the worldwide debut of ‘Hello’ and its revolutionary video, shot by Nicolas Jacobi and Cole Phoenix herself in London.

Phoenix’s upbeat vocals and dance-floor ready tunes can also be heard on her hit single ‘UFO’ and her anti bullying anthem “CANNIBAL” from her previous self-titled album “Cole Phoenix” which received worldwide acclaim and recognition from the International Songwriting Competition.

The annual New Music Awards by New Music Weekly magazine are given for excellence in music to both recording artists and radio stations. The first round nominations are submitted by members of the press, radio, music industry and fans, with the top performing nominees being selected for the final ballot.

Cole Phoenix said, “I nearly choked on my morning mocha finding out about this nomination! It’s great to get recognition for the hard work and an honor to be among such majors as an independent artist. It often feels like a David and Goliath battle in the music biz – with support, the awards show indies can survive and inspire others to follow their dream despite the odds.”

Head to the New Music Weekly website and register your vote for Cole Phoenix in the Best New Top40 Artist of the Year category.

Fans can vote for Cole Phoenix in the Best New Top40 Artist of the Year category at: 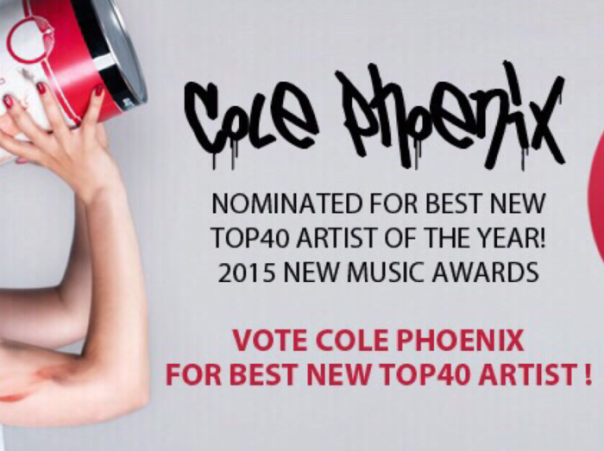 G’day Bloggers! Today I am chatting to Romanian singer, BobVsBob.

His album “I’m So Random I’m Invisible” was released in March 2014. I will say that his music I feel is inspired by Slipknot and System Of A Down.

Hailing from Romania, Bob is an artist with an academic background in the field of visual arts. His music is a bonus of his struggle to balance the visual and audio. In his own words, it’s “an introspective philosophical work”. While the style of music may not suit everyone, followers of Korn, Slipknot, and System Of A Down may gravitate to the hard metal instrumentals that BobVsBob offers.

Now on with the interview with BobVsBob 🙂

Bob, What inspires you to get out of bed each day?

Not much. I’m quite eager to get on with this reality, and get it over with. I’m part nerd, part technician, part musician, part composer, part metal-head, part Rastaman, part hippie. But I’ve thrown all that away, and moved on to better things. I now get outta bed out of responsibility.

If you could hang out with one famous person from history for one day, who would it be and why?

My understanding of life comes close to CROWBAR‘s Kirk Windstein‘s opinions and views throughout their performance and this comes as a coincidence. His view on God and in Jesus is open and he believes, dabbling with the serious suffering of the soul, facing the hard reality. Everyone gets a fresh perspective of the same heap we all live in. I believe in Him, and that we’ve been brought here to be broken in. If not by death itself. What do you do when you fall? Some keep pride. Others ask for help. Others understand they’ve already received the help.

That’s some pretty heavy thinking there Bob 🙂 Tell us, what’s the story behind your album “I’m So Random I’m Invisible“?

It’s the greatest goof of man. Man that in time forgot, that what he cannot see, exists regardless. Besides things that live outside our dimension and our perception, there are quite a lot of things that go on right under our noses, and nobody says a word about it. Like the elephant in the room nobody mentions. Then people started to mention it, whilst others laughed in their faces, and this, for the moment, is still reality. I believe in the great evil conspiracy, and I’m gonna let you figure it out. But this album has an honest first person view of this world with undecided eyes, child-like and resonant of the great ever-present evil, yet striving for good.

Working on several new songs; Scrambling for the money to spare on some extra equipment that would actually help me shoot a proper music video. All that I’ve done is no budget stuff done with extreme care, meaning and love.

All my music is recorded on gear that gets laughed at, at your average music store. I’ve seen music store owners go fancy and play snob over a pair of headphones so don’t get me started 🙂 I’ve got a song, outside my album, called “down” in which I recreated the exact old school KoRn sound found in Right Now. So much so, that I somewhat remade their intro riff at the end of my song, to prove a point. For example I used an olden communist bass with 3 strings, that I brought to the audio level of fieldy s-bass on that track. Went into digital noise removal and the bunch. The point is, I’ve done LA studio work with stuff that the LA studio people can t even think of working with.

Who are your favorite authors and singers?

I don’t have any favorite singers anymore. I now like extremely random stuff. but my past as a metalhead has paved a road through pretty much all known metal, up to the very interesting philosophical apeal of Crowbar.

What do you like to do with your free time?

Whenever I’m not painting or doing some freelance work, I like to contemplate. Whatever makes me not be shallow. I lay awake at night thinking about the marvel of the extremes.

Tell us about your plans for any upcoming tours.

At the moment I am thinking of quitting music altogether. Maybe picking up a new hobby before the humans turn the earth into a technological nightmare. But kinda feels like a waste, so I mostly take large hiatuses, see if I can forget how to play the guitar. I’m a classic fan of old school metal, and I can enjoy a recording. I fail to see the point to play live. But business is business isn’t it ?

Where can fans find you on the web?

Basically at my bandcamp profile. Real simple and catchy: bobvsbob.bandcamp.com
I have some songs available at my youtube channel, and a facebook page, all connected to bandcamp.

Thanks Bob for being a guest today and we wish you success in your music. 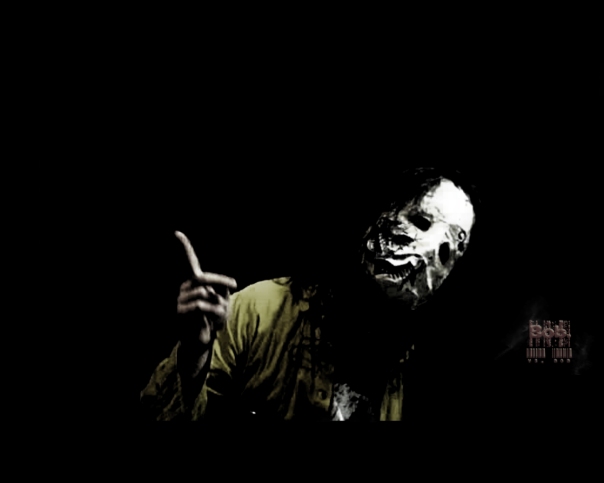 Guest Author – Ken Maxon
Books: A Chapter Finished, A Page Turned, The Sunset Will Come Back; Give It Wings And Let It Fly Away
Publisher: ASJ Publishing
Facebook

Ken has been a professional broadcaster, newscaster, production director, operations manager and voice over artist since 1988, hosted an 80s retro show, a morning talk show, afternoon drive classic country show as well as several other formats and shifts.

He’s a proud father of a teenage daughter who thinks his job is “really cool” and her name reflects his view on life- “Hope”.

Ken resides in the mountains of rural central Pennsylvania in the middle of nowhere with about a dozen cats that call him “meow”.

A Chapter Finished, A Page Turned, The Sunset Will Come Back, and Give It Wings And Let It Fly Away are available in Paperback, Ebook and Audiobook.

Get the book on Amazon 🙂

Posted in Reviews of The Chosen

Lee J Mavin lives in Sydney with his wife Grace and daughter Charlotte.

Lee is busy with Postgraduate study and is about to finish his Masters of Creative Writing at the University of Canberra.

​Between all this, he still finds the time to write poetry, short stories and novels for both children and adults.

Ashlee Jensen grew up surrounded by green plants, with lots of dirt digging and scuffling with her families pets. She has a younger brother and sister and loves writing, painting and taking photos of animals and the beautiful scenery.

She is currently finishing a Bachelor of Early Childhood education at the University of the Sunshine Coast in Australia. Ashlee wants to change the world…one plant or person at a time.

Tags: Ashlee Jensen, Because That's What Brothers Do, No More Frogs & Only One Butterfly

Because That’s What Brothers Do – Googleplay

Because That’s What Brothers Do
By Ashlee Jensen
Published by: ASJ Publishing

Blurb:  The grown-ups told me I didn’t learn the same as everyone else. Well, even if that’s true I’m still really good at other things, including looking after my younger brother Max.

Available as Digital, Print and on GooglePlay.

Plot: In a world replete with greed, betrayal, sexual intrigue and rivalry, “Marco Polo” is based on the famed explorer’s adventures in Kublai Khan’s court in 13th century China. 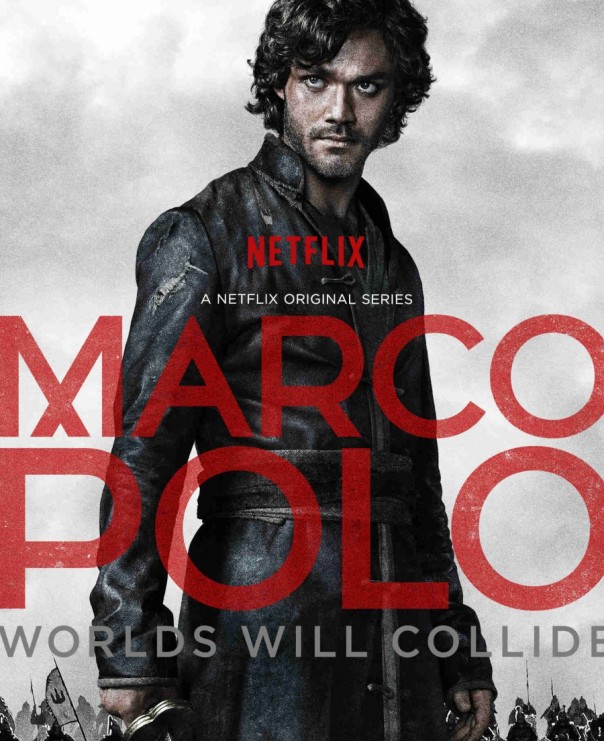 Fast Review: Marco Polo has the components of a great show. Intriguing plot, great cinematography, exotic settings. I have seen some reviews that compare this to Game Of Thrones. And that being said, if you can throw that thinking right out the door and sit back and watch this epic story of  Marco Polo, you will be pleasantly surprised.

Marco Polo is a well developed series that it intriguing and fascinating to watch.