The Sound of Running Horses
by Donna Ball

Still recovering from the traumatic events of the past year, newlyweds Aggie Malone, police chief of Dogleg Island, and Deputy Sheriff Ryan Grady are looking forward to a carefree day of picnics, pirates and buried treasure with their precocious—and uncannily perceptive– border collie, Flash. But when Flash discovers a body in a shallow grave on the deserted Wild Horse Island Nature Preserve, a tangled knot of conspiracy, murder and deception begins to unfold, revealing that the things that are buried are often the most dangerous and the only pirates you have to fear are the ones that live next door.

Fifteen hundred miles away, an ex-con and a fifteen year old girl embark upon a crime spree that will earn them the nicknames “Bonnie and Clyde”. As they make their way inexorably south, Aggie, Grady and Flash are thrust into the middle of a murder investigation that leads to the arrest of one of their neighbors and the attempted suicide of another. When a search of the dead girl’s belongings reveals a priceless emerald bracelet and two of the islands most popular residents go missing, the puzzle becomes even more complicated. Grady and Aggie struggle to put all the pieces into place while Flash, ever obsessed with understanding the human condition, wrestles with a more painful dilemma: how do you tell the good guys from the bad guys when they are so often the same person? 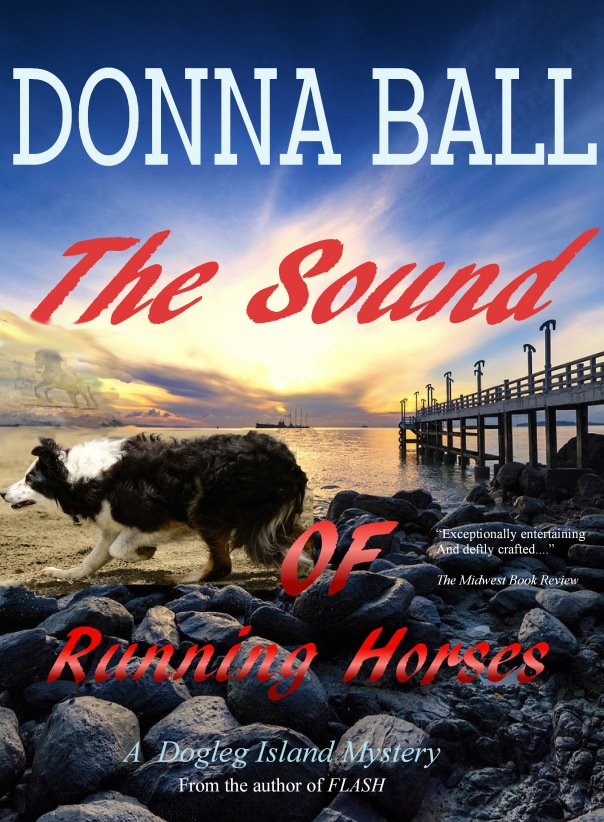 Finding things, for Flash, was not difficult. Sometimes the things he found were useful to Aggie, like car keys or missing socks or a stick with blood on it. Sometimes they were not so useful, like broken beer bottles in the sand or bad-smelling toads in the back yard. But for the most part he liked finding things—except for the things that were buried. The bad things were almost always buried. And finding them never made anyone happy.

He pawed at the wet, loose sand until he found what he knew was there, then stepped back, waiting for Aggie, feeling unhappy. When she got there she looked down, and he heard her catch her breath with a choked, wet sound. The weight of the unhappiness was so heavy then that Flash sank to the ground, his head between his paws. Aggie knelt beside him, resting a hand on his fur, her breath coming fast and shallow.

Grady demanded from the telephone, “What? Is Flash okay? What happened?”

Flash had uncovered a scrap of fabric, too dirty now to determine its original color or purpose. And attached to the fabric, also black with dirt and the beginning of deterioration, was a human hand. 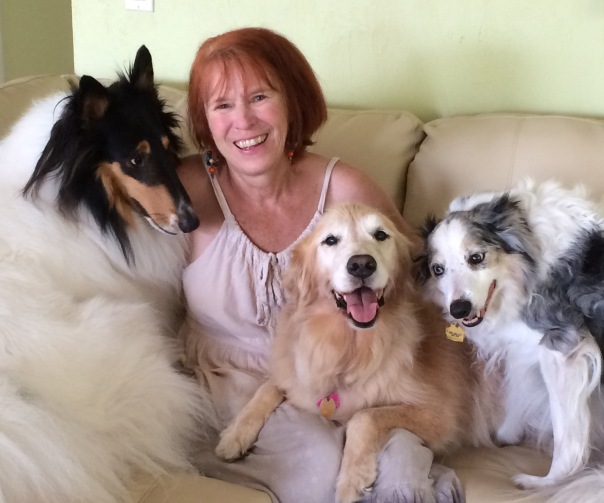 Donna Ball is the author of over a hundred novels under several different pseudonyms in a variety of genres that include romance, mystery, suspense, paranormal, western adventure, historical and women’s fiction. Recent popular series include the Ladybug Farm series by Berkley Books and the Raine Stockton Dog Mystery series. Donna is an avid dog lover and her dogs have won numerous titles for agility, obedience and canine musical freestyle. She divides her time between the Blue Ridge mountains and the east coast of Florida, where she lives with a variety of four-footed companions.

The Sound of Running Horses, Book Two in the Dogleg Island Mystery series, is available July 15 2016 in paperback, and for Kindle and Nook.

Buy it from Amazon.com here: https://www.amazon.com/dp/B01GOLP4FE

Donna will be awarding a $25 Amazon or B/N GC to a randomly drawn winner via rafflecopter during the tour.